All those predictions Ian Poulter made some years ago that Sam Horsfield would be a future winner on the European Tour came gloriously true on a gripping final day at the Hero Open at Forest of Arden on Sunday.

The 23-year-old, who Poulter took under his wing when Horsfield was just 14, claimed the title formerly known as the English Open with a shot that would have filled the Ryder Cup legend with pride.

Horsfield had fallen behind for the first time all day when he came to the par five 17th. After a good tee shot he still had 235 scary yards left for his second shot over the water, into a stiffening breeze. 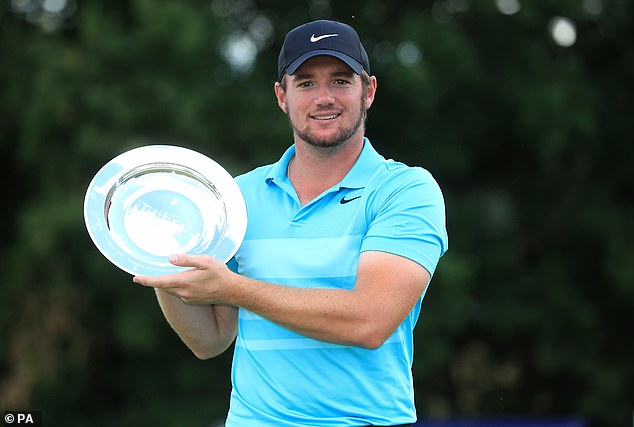 His nerve didn't falter for a second. The resulting five wood proved to be the shot of the tournament, finishing 15ft from the flag to set up an automatic two putt birdie. Horsfield then moved ahead by a stroke after his nearest challenger, Belgian Thomas Detry, missed from 5ft to bogey the 18th.

While the distraught Detry covered his face with his hands, Horsfield found the middle of the green at the tough par three finishing hole, and two putted for the victory that meant so much.

There might have been only a stroke between the