They have been here for two months living on-site at cricket grounds from Worcester to Southampton but at the last Pakistan finally gained a victory from their bio-secure tour.

It looked as though Moeen Ali, in the worst form of his international career, was somehow going to conjure up a match-winning performance to give England a 2-0 Twenty20 series victory on the Emirates Old Trafford ground where they won the first Test.

But once Moeen had fallen for a brilliant 61 off 33 balls England were destined to fall short of Pakistan’s 190 for four, a result confirmed when Tom Curran could only hit one of the two sixes England needed off the last two balls from Haris Rauf. 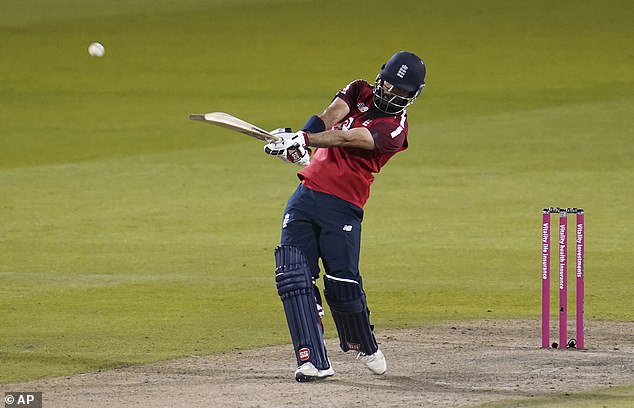 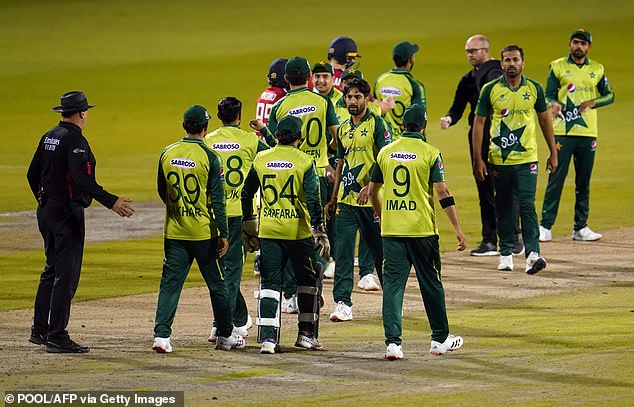 A 1-1 drawn short-form series was no more than Pakistan deserved after their unfortunate defeat in the ‘Miracle of Manchester’ first Test and then two rain ruined Tests and a first Twenty20 game also destroyed by the elements.

Pakistan had put another highly competitive score on the board with half centuries from batsmen at opposite ends of their careers in teenage debutant Haider Ali and the 39-year-old veteran Mohammad Hafeez.

Haider is one of those who has been in the country two months without playing a game but how the 19-year-old made up for lost time when he was finally handed his Pakistan debut.

The teenager made a name for himself in the last Pakistan Super League by hitting 14 sixes in the tournament for Peshawar and now he immediately showed his class by striking his second ball in international cricket from Moeen over the long-on boundary.

It was a sign of things to come as Haider eased his way to becoming the first Pakistan batsman to reach a half-century in his first appearance, his 50 coming off 28 balls.

Only when Haider hit Lewis Gregory just over Sam Billings, who had advanced into no-man’s land from the mid-wicket boundary, did he show any sign of faltering before he was finally bowled by a perfect Chris Jordan yorker. No matter. A star is surely born. 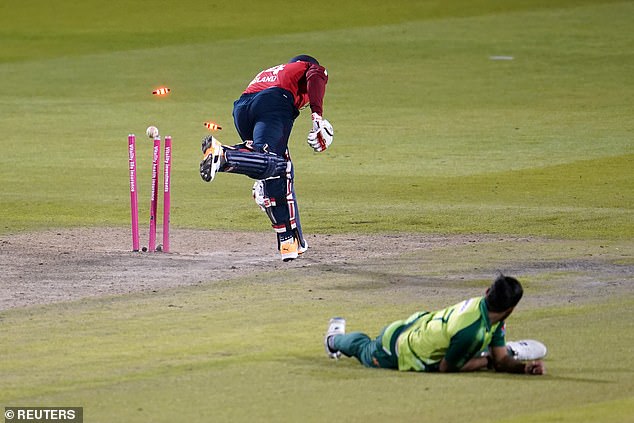 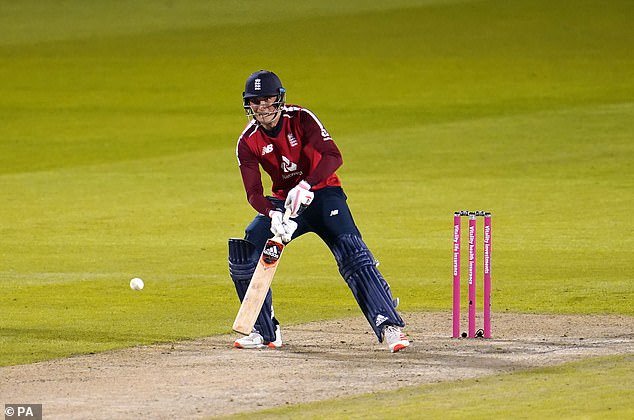 Tom Banton provided a good start, making 46 before being removed by Haris Rauf