CHRIS WHEELER: Jadon Sancho fitted into the 'cultural reset' Manchester United have been preaching about for some time... instead they've ended up with a free agent well past his best in Edinson Cavani

By the time another rather chaotic transfer window closed on Manchester United on Monday night, Gary Neville wasn't the only one associated with the club wondering how it had come to this.

'It's very last-minute,' said Neville in response to news of United's belated move for Edinson Cavani.

'There is an element of thrill and excitement and intrigue because he's been one of the world's best strikers. 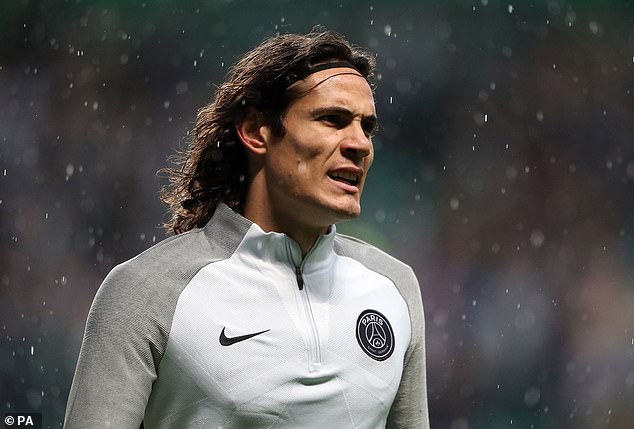 'But there's also an element of, "How have you ended up here?". I don't think this was part of the plan.'

That's assuming there was a plan in the first place. The deadline-day scramble felt like an appropriate conclusion to what has been a puzzling window for United. The No 1 target was always Jadon Sancho, of that there is no doubt. But Borussia Dortmund's £108million valuation proved an insurmountable obstacle despite months of on-off talks.

Sancho was just the kind of player United wanted: a 20-year-old English talent who would complement one of the most potent forward lines in Europe.

He fitted into the 'cultural reset' United have been