Climate change could trigger the spread of potentially fatal mosquito-borne diseases around Africa and beyond, a new study shows.

Disease-carrying mosquito species, such as the aedes aegypti or yellow fever mosquito, are attracted to the excess heat caused by climate change.

US researchers have predicted when and where in Sub-Saharan Africa malaria will decrease and other mosquito-borne diseases will rise.

They also warn of 'public health disaster' if the continent fails to focus on strategies tailored to mosquito-borne diseases other than malaria.

They highlight that different species of the flying pest thrive at various temperature ranges and transmit different diseases.

The anopheles gambiae mosquito transmits malaria to humans, but aedes aegypti is also a huge threat and transmits several different viruses, including the dengue virus. 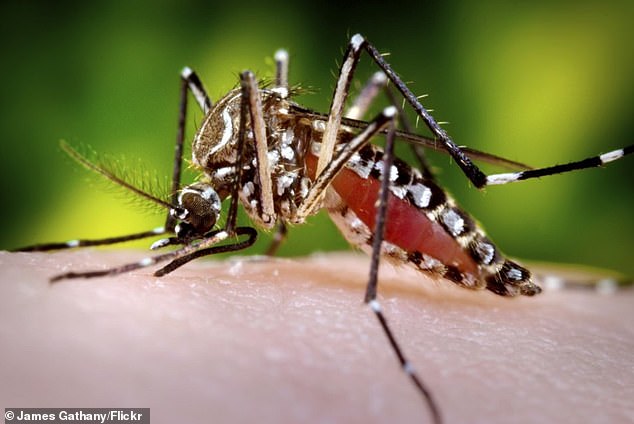 An aedes aegypti, also known as the the yellow fever mosquito. It can that can spread dengue fever, chikungunya, Zika fever, Mayaro and yellow fever viruses

'Chikungunya and dengue outbreaks like we've recently seen in East Africa are only becoming more likely across much of the continent.

'We need to be ready for this emerging threat.'

The nighttime-biting Anopheles gambiae mosquito transmits malaria, a disease that affects more than 200 million people in Sub-Saharan Africa, and killed more than 400,000 people there in 2018.

Public health efforts in the region have already tried to tackle malaria with insecticide-treated bed nets and indoor spraying, among other measures. 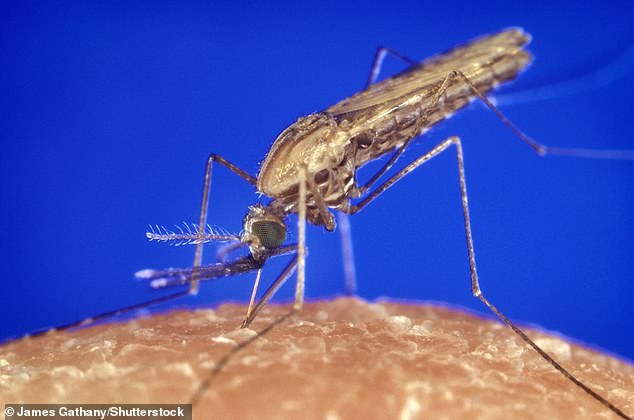 The anopheles gambiae mosquito (pictured) transmits malaria to humans, but the aedes aegypti is also a huge threat and transmits several different diseases

But these control strategies do little to combat the daytime-biting aedes aegypti mosquito, commonly known as the yellow fever mosquito.

Aedes aegypti can transmit a range of devastating diseases, such as Rift Valley Fever, Zika, chikungunya and dengue, as well as yellow fever.

Past research has found that warmer temperatures increase transmission of vector-borne disease up to an optimum temperature or 'turn-over point'. 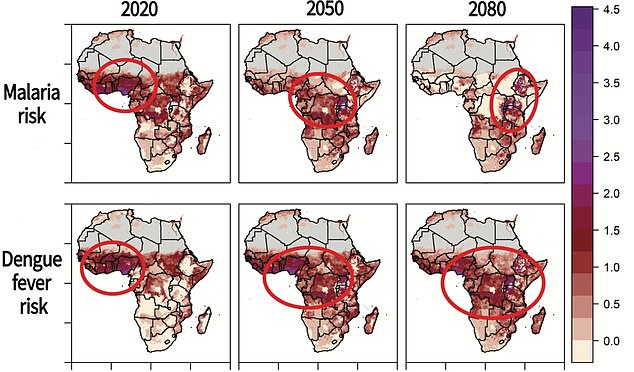 Above this point, disease transmission slows.

But just as they carry different diseases, different mosquitoes are adapted to varying temperatures.

Malaria is most likely to spread at 78°F (25°C), while the risk of the viral infection dengue