Cardi B has teased a clip of her chat with Democratic 2020 candidate Bernie Sanders, and the 26-year-old Bronx rapper quizzes the 77-year-old Brooklyn-born politician about dire minimum wages.

Cardi – whose real name is Belcalis Marlenis Almanzar – sits down with the fellow New Yorker at Ten Nail Bar in Detroit as she asks on behalf of her fans: 'What are we gonna do about wages in America?'

The music star then opens up to the Vermont Senator - who is 51 years her senior - about her struggle before making it big.

'For example, as a New Yorker — not now but when I was not famous — I felt like no matter how many jobs I get I wasn't able to make ends meet,' she shared. 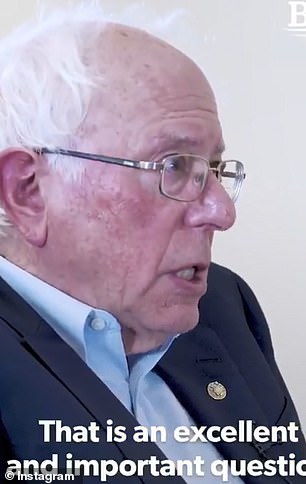 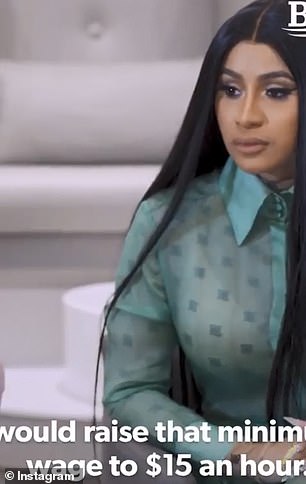 Cardi B asks Bernie Sanders: 'What are we gonna do about wages in America?' in a new video. Sanders says he wants to raise the minimum wage to $15 per hour and make it easier for workers to form labor unions 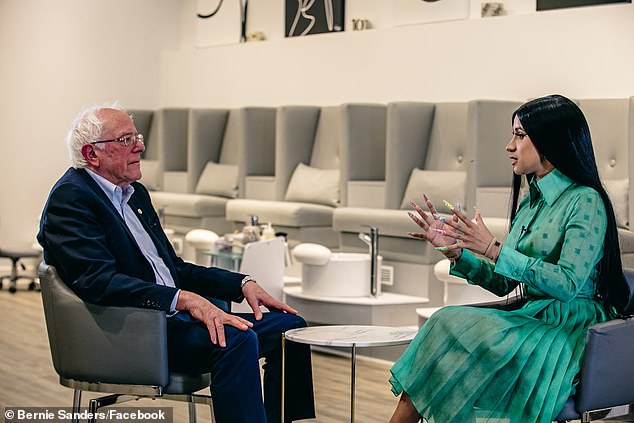 The Bodak Yellow hitmaker has said in the past that stripped in order to get by after quitting a supermarket job where she earned $200 per week.

In the new video, filmed at the female-and-black-owned nail salon, she explains that low wages make no sense because people can barely afford to pay for their transportation.

Telling her that her question is 'excellent and important', Bernie explains why he wants to raise the minimum wage to $15 per hour and asks her to imagine earning as little as $9 per hour.

Sanders added that it needs to become easier for workers to form labor unions.

Seemingly directing a statement at President Donald Trump, Cardi argued that even if there are more jobs available in the country now than in previous years, it's near impossible to survive off those that are paid on the lower side.

'My thing is, you know certain people like to brag there is more jobs now in America,' Cardi said. 'But it's like yeah there's an increase of jobs given, but what are they paying in these jobs? They're practically paying nothing.' 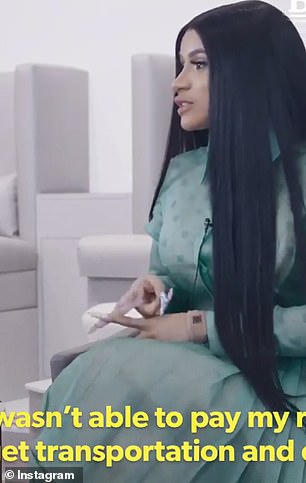 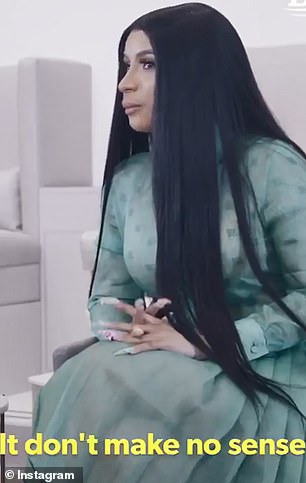 The New York rapper says: 'Not now but when I was not famous — I felt like no matter how many jobs I get I wasn't able to make ends meet.' She shared the new video on Instagram Tuesday

The interview had been teased last month by Sanders who wrote on Facebook: 'Cardi B and I had a great conversation about the future of America. Together, we’ll get millions of young people involved in the political process and transform this country. Stay tuned for our video coming soon!‬'

The salon posted about the decision to use their location: 'We celebrate and encourage community conversations tackling issues that affect our nation as a whole. We love good conversations, accompanied with a good mani + pedi.

'The Ten Nail Bar had the honor of hosting @iamcardib and @berniesanders for a intimate conversation on how we as a community can not only be aware of our political action, but aware of the issues that may challenge small businesses like ours.

'Thank you for sparking this conversation, while