Scott Morrison has slammed Channel 9 for putting his beloved Cronulla Sharks on the chopping block to make way for a second NRL team in Brisbane.

Nine's director of sport Tom Malone said the network wanted to see a second side to rival the Broncos to be introduced in time for the next broadcasting deal in 2023.

The Manly Sea Eagles, Gold Coast Titans and Cronulla Sharks were earmarked as the teams most at risk of being relocated or axed.

But Mr Morrison, who is the Sharks number one ticket holder, rubbished those reports and said the Shire side would survive any attempts to be culled from the roster. 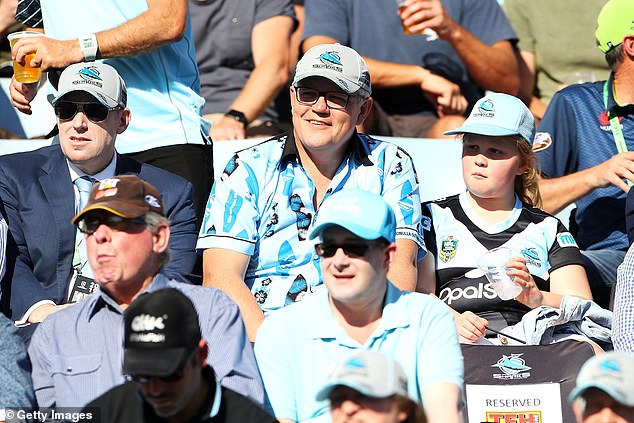 Mr Morrison was a part of the 18,985 strong crowd at Shark Park for Cronulla legend Paul Gallen's last home game of his career, with the Sharks suffering a heartbreaking 15-14 loss to the Canberra Raiders.

'This is rubbish. Cronulla is here forever. Suburban grounds are the heart and soul of rugby