Nicola Sturgeon tonight claimed Jeremy Corbyn would be willing to sacrifice the Union of the United Kingdom if that was the price of taking power after the election.

Mr Corbyn said he would not allow a second Scottish independence referendum to take place in the 'early years' of a Labour government - a period he defined as 'at least' two years.

But Ms Sturgeon, the SNP leader, is adamant that a second breakaway poll must take place before the end of next year.

The Scottish First Minister claimed this evening that Mr Corbyn would be willing to tear up his red line on the issue if he was in a position to form a government after December 12 but needed the support of the SNP.

She said the Labour leader would not be able to resist the possibility of forming a government and rolling out his massive spending plans.

Ms Sturgeon's comments on a BBC Question Time special confirm that Labour support for a second independence referendum would be her main ask during potential post-election cooperation talks. 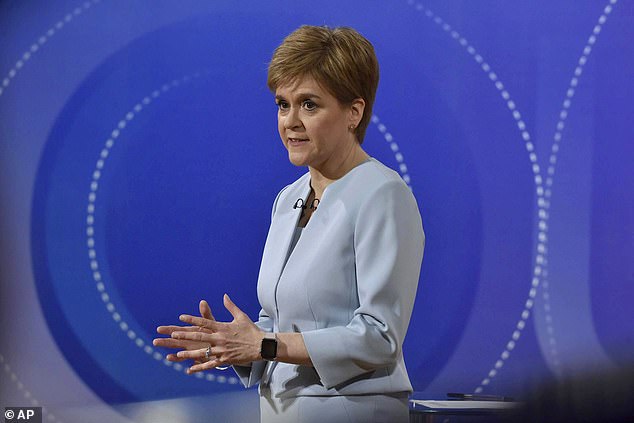 Nicola Sturgeon, pictured on Question Time this evening, said she believed Jeremy Corbyn would support a second independence referendum next year if he forms the next government

A member of the audience had asked Mr Corbyn to spell out his position on the Scottish independence issue and he had said: ‘I don’t see a priority in Scotland of having an independence referendum.’

He added: ‘In the early years of a Labour government we will not be supporting an independence

PREV Priti Patel's allies leap to her defence after she is accused of 'bullying ...
NEXT Former Belgian-Nicaraguan political prisoner calls for probe into Ortega government

Liam Payne heads out for dinner in LA... after his sister expressed concern ...