Two Muslim men dived into a river in a desperate bid to save an elderly man's life at he plunged from a Sydney bridge.

The men waded into the Parramatta River in Silverwater in Sydney's west at about 1.15pm on Sunday when they saw the pensioner in the water.

Footage of the incident showed the pair walking through the waist-deep water before grabbing the man and hauling him back to the shore.

A crowd gathered as the men tried to resuscitate the pensioner, thought to be in his 80s, but he tragically died at the scene. 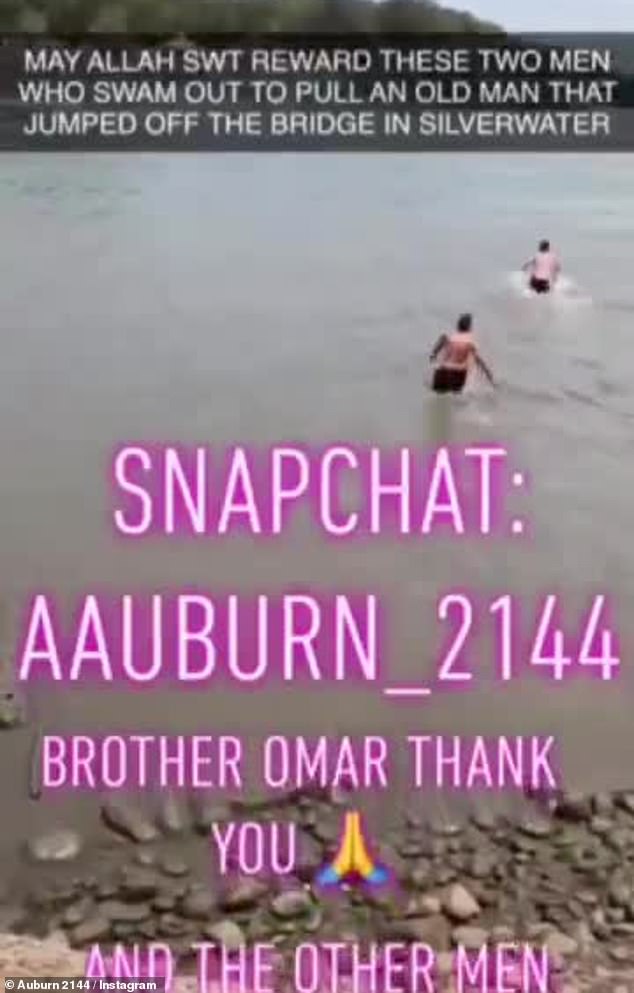