An elderly NSW men is missing after bushfires devastated towns on the state's south coast, with police desperately scrambling to reach his home.

The man, understood to be in his 70s, is from the town of Lower Towamba near Eden, and has not been seen for several days.

Another man who was reported missing from the town of Kiah has been found safe and well. 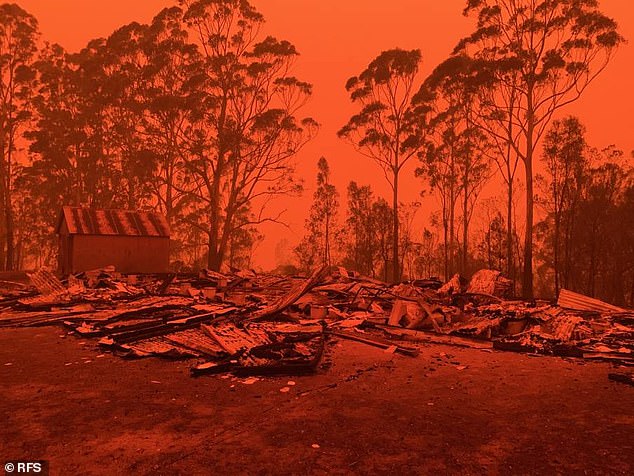 Fire damage is seen around the town of Eden (pictured), where bushfire smoke turned the sky an eerie red over the weekend 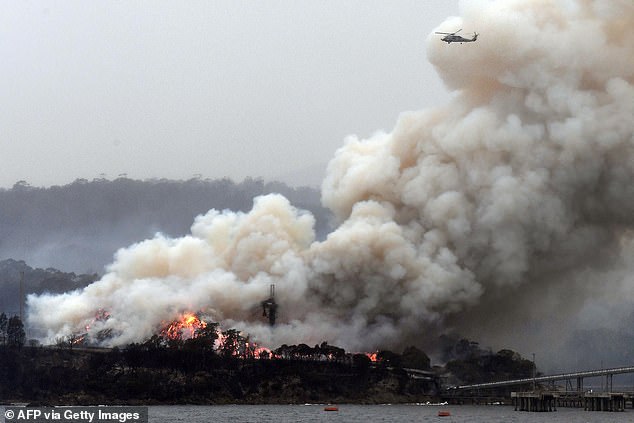 A military helicopter (pictured) flies above a burning woodchip mill in Eden on Monday, after residents were told to evacuate

Police were using the milder conditions on Tuesday to look for the two men, who had proved difficult to reach as fires raged.

The two small towns were engulfed by the 140,000-hectare Border Fire over the weekend.

Terrified residents of Eden were told they were at 'imminent risk' on Sunday, after dozens sought shelter on the town's wharf.

Despite the warnings, many stayed in a desperate attempt to defend their homes. 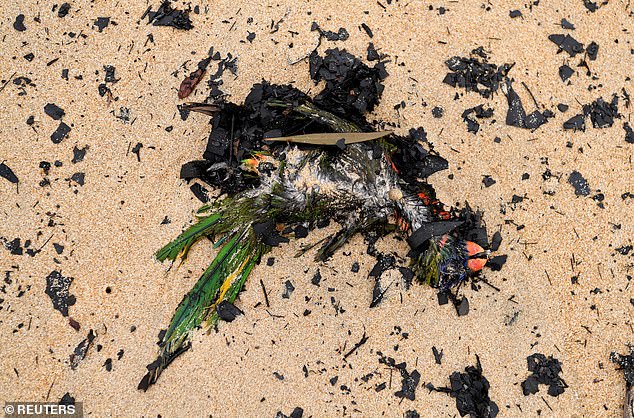 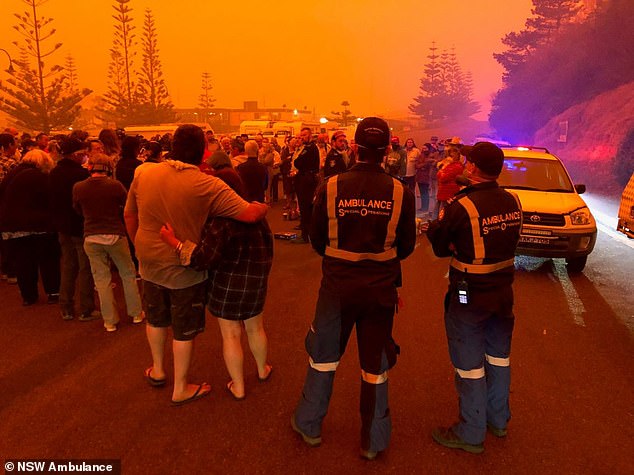 Hundreds of locals gathered by the wharf at Eden, on the NSW south coast, were told to leave the town as the Border Fire approaches from the south (pictured) over the weekend 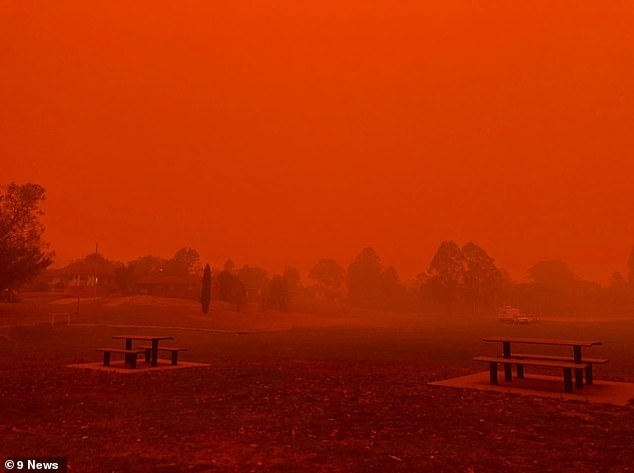 On Monday, residents of Eden were allowed to return to their town, with many saying they were thankful to escape with their lives.

'I just shook the hands of firies up the street there before. We'd be stuffed without them,' a local called Peter told SBS.

'When it started to rain last night it was a godsend. But I don't think we're out of the woods yet.'

HMAS Adelaide, Australia's biggest navy vessel, has been in Eden since Sunday evening to help with the relief effort, providing 400 troops and 300 tonnes of supplies.

So far this bushfire season, 25 people had lost their lives, with around 1,600 homes destroyed in NSW alone.

AUSTRALIA'S BUSHFIRE CRISIS - WHAT YOU NEED TO KNOW

Evacuations are underway and emergency alerts are in place in NSW, Victoria and South Australia as authorities predict the devastating bushfires will continue burning until at least March.

At least 130 bushfires were burning in NSW on Tuesday 20 people dead  3.6 million hectares burned, greater than the size of Belgium  At least 1,365 homes confirmed destroyed