Native Americans across the country have appealed for immediate and thorough investigations into missing or murdered women of the community, as the body of 16-year-old Selena Shelley Faye Not Afraid was found.

The Montana teenager vanished New Year's Day and was last seen at the eastbound Interstate 90 rest area between Billings and Hardin, Montana that afternoon.

Her discovery Monday morning makes her the 28th missing or murdered indigenous woman (MMIW) from Big Horn County since 1990, but she was one of 42 in the state of Montana where 152 people were missing.

'Native women have been dehumanized from the very beginning,' Desi Rodriguez-Lonebear, a demographer who grew up in Big Horn County told the New York Times. 'The law has failed us time and time again. We're tired of it. We're tired of our people dying, of our kids going to jail.' 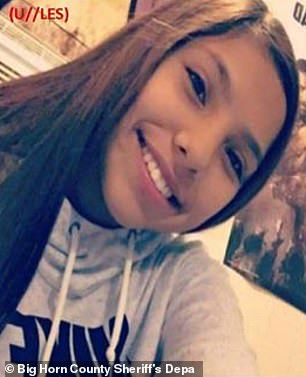 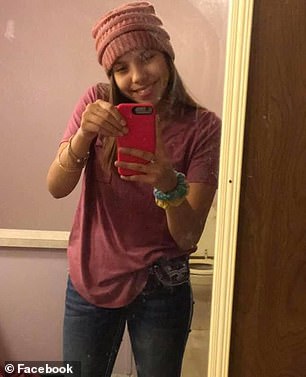 The body of 16-year-old Selena Shelley Faye Not Afraid was found Monday. Her discovery Monday morning makes her the 28th missing or murdered indigenous woman (MMIW) from Big Horn County since 1990 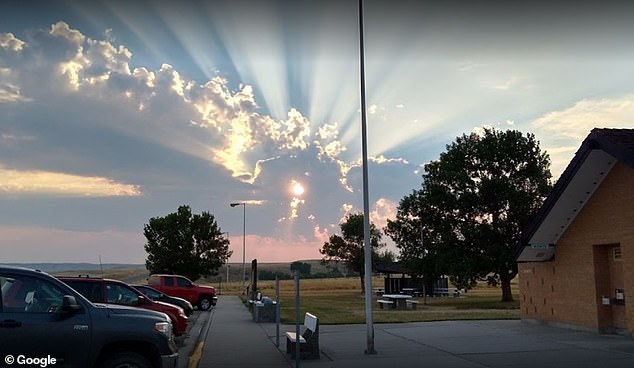 Information from the FBI shared on January 8 described her as not dressed for the weather conditions.

The girl's mother Jackie Big Hair and father Leroy Not Afraid were desperate for her safe return and search teams scanned the area in hopes of locating her.

Amid snow blizzards, her family and community held candlelit vigils and took part in rallies outside the courthouse as the urged law enforcement to do more.

A Department of Interior search team found Selena's body around 10.30am during a 'systematic grid search' of an area southwest of the rest stop she had vanished from.

Big Horn County Sheriff Lawerence Big Hair confirmed Monday afternoon that teen from Hardin was found about three quarters of a mile from where she went missing.

'Please keep Jackie, Leroy and their extended family members in your thoughts and give them the time and space to grieve and come to grips with this terrible loss,' he said.

The sheriff said the cause of death is being investigated but foul play was not suspected.

It's the latest in a spate of tragic MMIW cases. 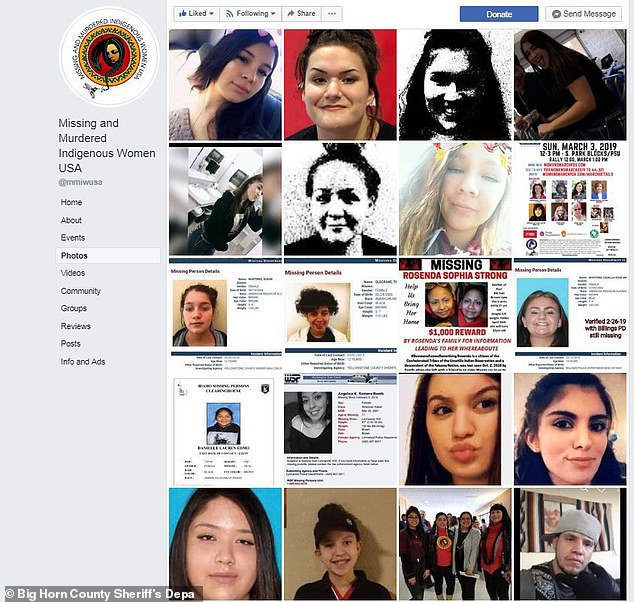 It's the latest in a spate of tragic MMIW cases. According to SBI, which has created its own database of cases, in November 2019, 37 percent of missing girls were Indigenous. However Indigenous girls only make up 6 percent of the population

Mother-of-six Bonnie Three Irons was found dead in the mountains in April 2017.

Henny Scott, 14, was repeatedly reported missing by her family in December 2018 but it took weeks for a public bulletin to go out. She was found dead two weeks after she vanished.

Montana girl Kaysera StopsPrettyPlaces, 18, was found dead in a backyard near her home, four days after she went missing in Hardin in August. She had gone missing a total of nine times.

'We brought our baby girl home,' Horn said. 'Now she can Rest In Peace. Jackie and I want to thank everyone for helping us bring our girl home.'

She added that she will continue to seek justice for MMIW.

'I'm not done my girl!! I will continue the fight!!' Horn posted as followers commented supporting her fight for justice.

Police have been labelled negligent in the

Neighbours fans spot a sweet tribute to EastEnders after soap celebrates its ...