Australia's east coast is bracing for even more rainfall this week following a torrential downpour which saw the number of emergency calls surpass that of the bushfire crisis.

An astonishing 16,000 calls were put in to NSW Fire and Rescue in a 48-hour period - more than double the number of calls during the peak of the state's bushfire disaster.

The majority of calls were in regards to fallen trees and powerlines, with some being life-threatening, NSW Fire and Rescue Deputy Commissioner Jeremy Fewtrell said.

The NSW coast copped 'extraordinarily' high amounts of rainfall over the weekend with Sydney recording its heaviest drenching in up to three decades.

Severe thunderstorms are expected to cause havoc  to much of NSW and Queensland throughout the week as Tropical Cyclone Uesi moves towards the coast.

A satellite image shows the cyclone has formed in the Coral Sea just north west of Vanuatu and is expected to strengthen in the days ahead as it moves southwards towards New Caledonia tomorrow and Wednesday. 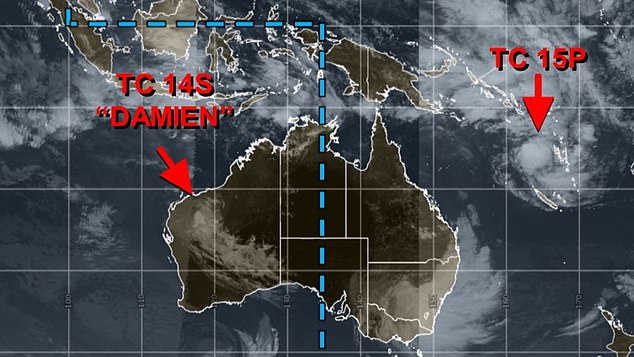 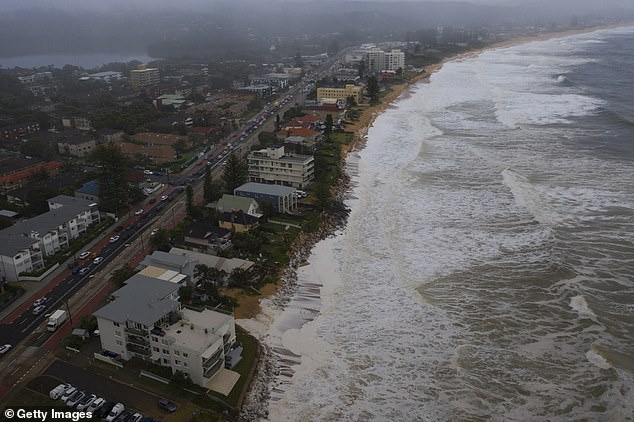 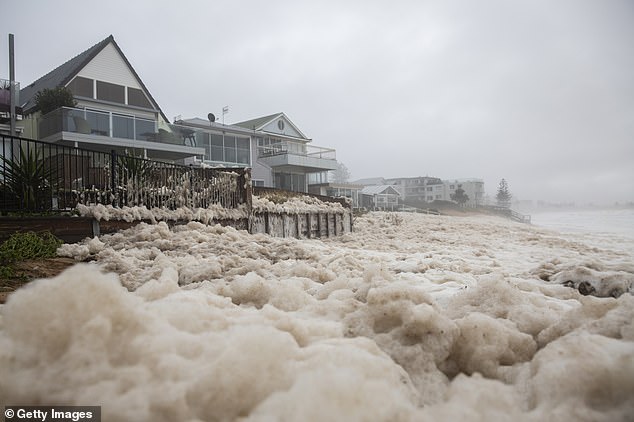 The category 2 storm is not expected to impact the Queensland coast except for large swells.

Falls of up to 30mm are expected in the region throughout Monday and thunderstorms remains a possibility, the Bureau of Meteorology said.

Joel Pippard from Weatherzone told Daily Mail Australia fire ravaged areas in NSW such as Batemans Bay are expected to see rainfall of between 70-100mm on Monday.

'There are quite a lot of thunderstorms going on in the north of the state, those could bring some heavy downpours,' Mr Pippard said.

'In terms of rainfall it won't be bigger than what we've seen but it will be significant.'

Mr Pippard said over the next week there will be thunderstorms to hit NSW and QLD.

The Northern Tablelands in NSW will see around 50mm of rain on Tuesday but the heaviest rainfall will be in the South Coast.

In the oncoming days, the coast stretching from NSW to Victoria will see around 70-100mm of rainfall and the same from Sydney up to Brisbane.

Mr Pippard said Cyclone Eusi was currently in Fijian waters but could hit the coast of Australia by late Thursday or Friday. 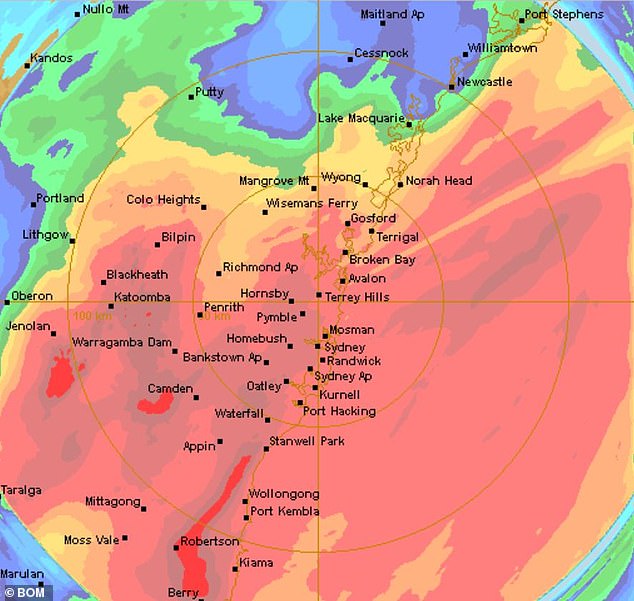 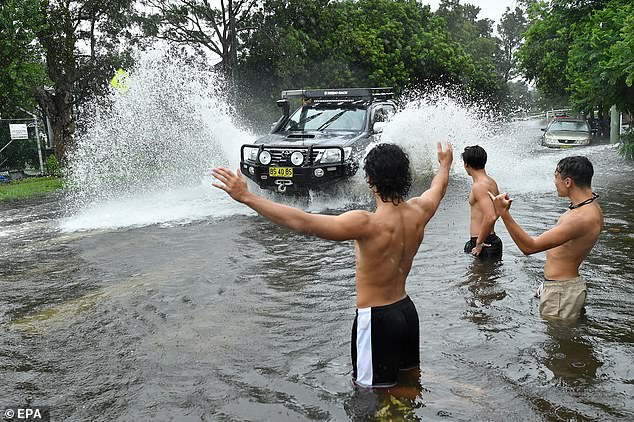 Almost 80mm of rain has fallen since 9am on Sunday at a rate of 15 to 20mm an hour, with the NSW Central Coast particularly doused by the long-lasting storm (boys pictured playing in floodwater in Sydney on Sunday)

He said Lord Howe Island off the coast of NSW may be directly impacted by the cyclone and the state would see huge swells as a result.

'What the NSW coast will get is some damaging and aggressive surf. So we could see 4-6 metre waves along the coast,' Mr Pippard said.

'It's expected to bring those waves at some point to the entire east coast of Australia.

SYDNEY BATTERED BY RAIN - WHAT YOU NEED TO KNOW

- Sydney has copped over 400mm of rain since Friday

- More than 150,000 NSW homes and businesses remain without power

- Biggest downpour to hit the NSW coast since 1998

- Sydney ferries are cancelled for Monday

- 156 people had to be rescued from floodwaters

- North Richmond and Windsor along the Hawkesbury River flooded

- Flooding continues along the Nepean River at Menangle and Camde

- Flood watch for the Upper Cox's River and Mcdonald