An eighteen-month-old girl was left with horror burns after an air hostess allegedly 'carelessly spilled' boiling hot tea over her on a flight.

Joe Mirza and Hollie Hunter were jetting home with their 18-month-old daughter Lily from a family holiday in Cancun, Mexico when she was scalded.

They claim a TUI Airways air hostess spilled the liquid over their baby's thigh as she served drinks.

The cabin crew provided first aid on the flight to tend to the horror injuries to her upper right leg. 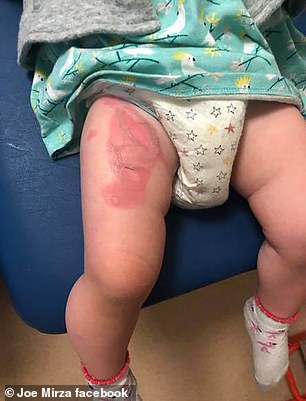 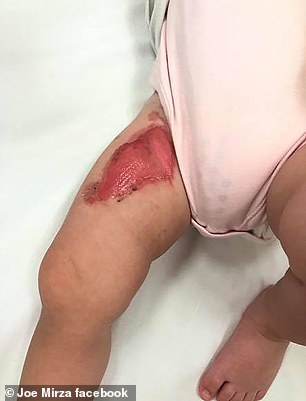 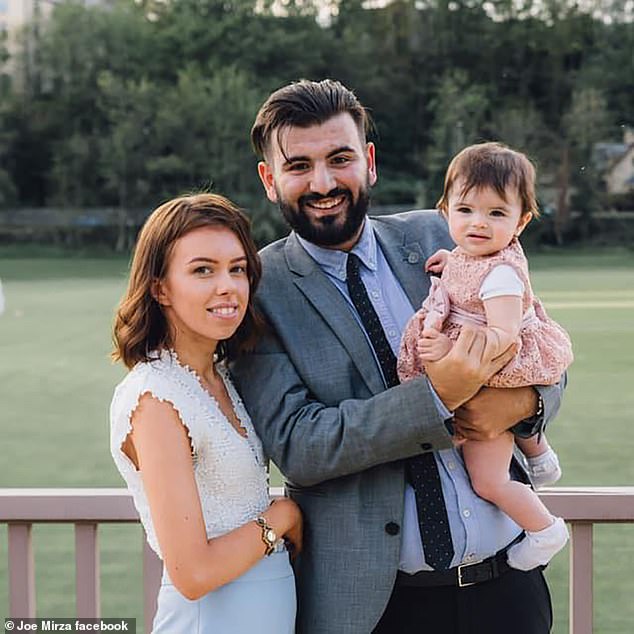 The couple from West Yorkshire, have lodged an official complaint and the airline is investigating.

They are also looking for other passengers on the flight to Manchester on January 15 who may have witnessed what happened.

Dad Joe posted photos of his daughter's injuries on Facebook and it has been shared more than 60,000.

Westfield Bondi shopper seriously injured after falling over a railing

CNN host Erin Burnett breaks down during interview with widow whose husband ...