New father, 24, was stabbed to death on his way to work 15 minutes after leaving his newborn baby and girlfriend at home Man, 24, found with stab wounds inside a silver VW Polo in Hendon on Saturday Police said he had just left his family in Edgware 15 minutes earlier for night shift They believe father was attacked in a carpark and no arrests have been made yet

A father was stabbed to death while on the way to work, just 15 minutes after leaving his newborn baby at home.

The 24-year-old man was found with knife wounds in Hendon, north west London, just after 9pm on Saturday.

Officers say the man was found inside a silver VW Polo and they believe he was attacked in a car park. The car then crashed into a parked vehicle on Parson Street. 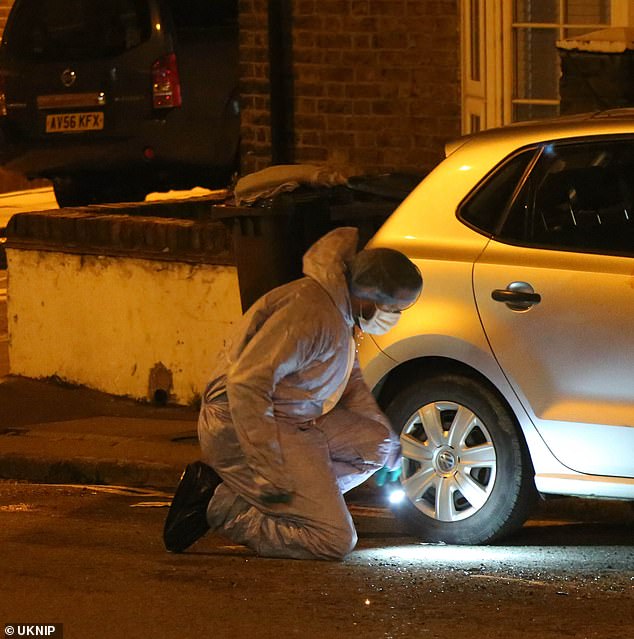 A father was stabbed to death just 15 minutes after leaving his newborn baby and girlfriend in Hendon, north west London, on Saturday night (pictured is an officer at the scene on Sunday)

He was taken to a north London hospital where he later died. His next of kin have been informed and a post-mortem examination is yet to happen.

There have been no arrests. Urgent enquiries are underway, led by homicide detectives from Specialist