Baby monitors and smart cameras are being HACKED by burglars and used to spy on victims' homes and families, cyber chiefs warn Home cameras, and baby monitors linked to the internet, 'vulnerable' to attack   Advice to consumers to keep devices safe includes using stronger passwords National Cyber Security Centre said hackers can use cameras to spy on homes

By Larisa Brown for the Daily Mail

They fear weak passwords can allow online attackers to control wireless cameras and spy on families in their homes.

These cameras, and baby monitors linked to the internet, are 'vulnerable' to attack, said the National Cyber Security Centre.

In an unprecedented warning, chief executive Ciaran Martin said: 'We are bringing more of these things into the home and that brings new vulnerabilities. 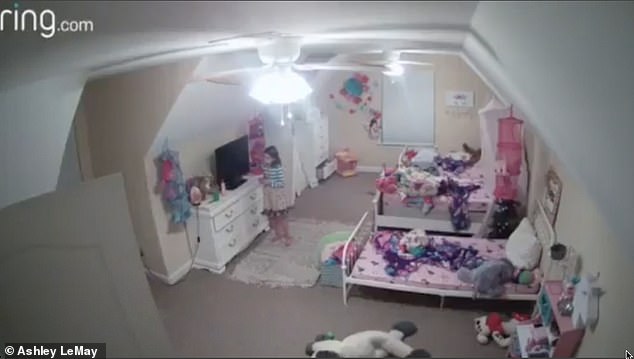 On December 4 eight-year-old Alyssa LeMay was startled by a hacker's voice talking to her through a smart camera's intercom feature as she played in her bedroom in Mississippi, U.S.

'People will be concerned about privacy. If you take control of a camera, you can do whatever that camera can do. It can allow you to look around the home.

'If there are minors, they can be seen.' He added this did not mean children could be physically harmed: 'It doesn't turn into a weapon, it just means the attacker can control the camera.'

Advice to consumers to keep their devices safe includes using stronger passwords. 'This is about good housekeeping, it is not about panicking