A massive tornado swept through Nashville early this morning leaving a trail of destruction in its wake.

The National Weather Service confirmed a tornado touched down near downtown on Tuesday.

The service tweeted: 'Tornado still confirmed on the ground near Hermitage. THIS IS AN EXTREMELY DANGEROUS TORNADO! TAKE COVER NOW IN WILSON COUNTY!!!' 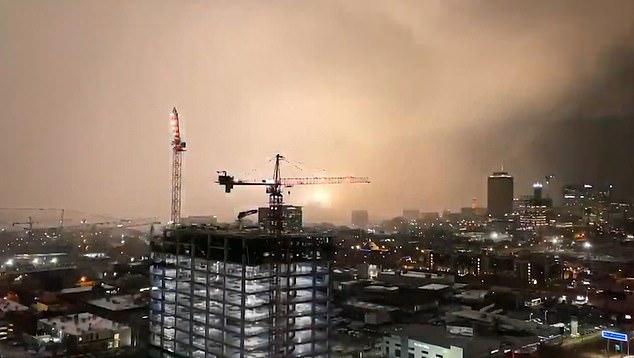 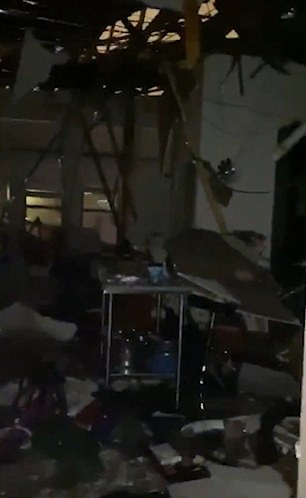 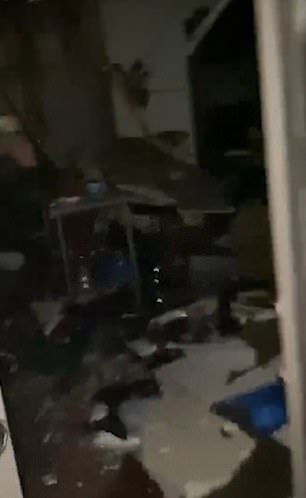 An apartment building in the Germantown area of Nashville, Tennessee, after a tornado struck. Residents were evacuated from the building

Videos emerged on social media showing lightening flashing across the sky and an apartment building gutted by high winds.

An apartment complex in Nashville was left heavily damaged after being hit by a tornado.