Austrian Chancellor Sebastian Kurz has accused Turkey of 'blackmail' after the country opened its borders and allowed thousands of migrants to attempt the crossing into Greece.

Kurz said that Ankara had launched an 'attack' on the EU using migrants as leverage and said the bloc 'must not be susceptible to blackmail'.

Greek border guards said some 24,000 people were stopped trying to cross the border from Turkey between Saturday night and Monday, with tear gas fired to keep the crowds back.

On Tuesday the crowds had largely moved away from official crossing points and were trying to get through by wading or sailing across the Evros/Maritsa river, which runs the entire length of the border. 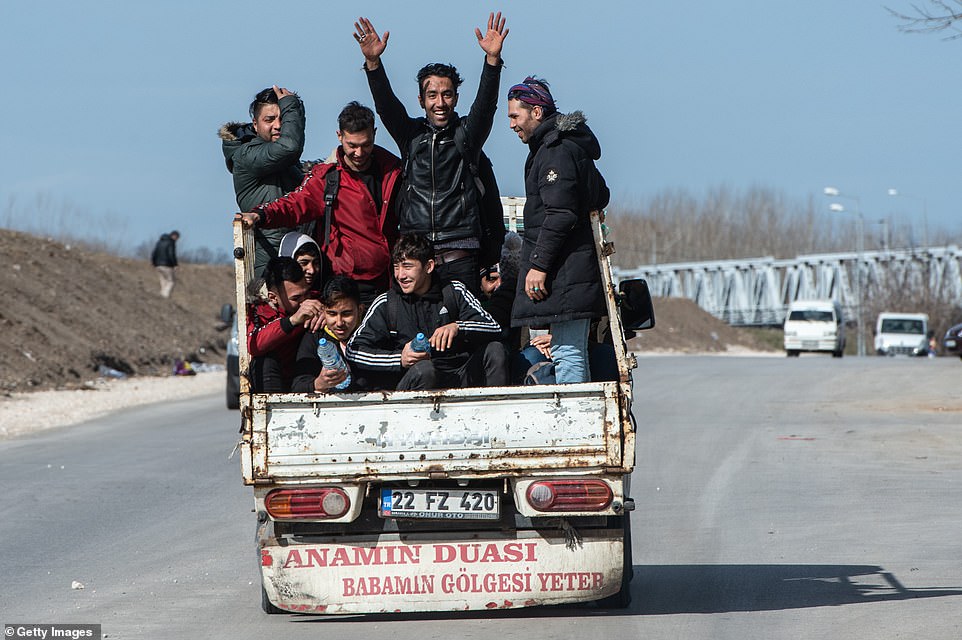 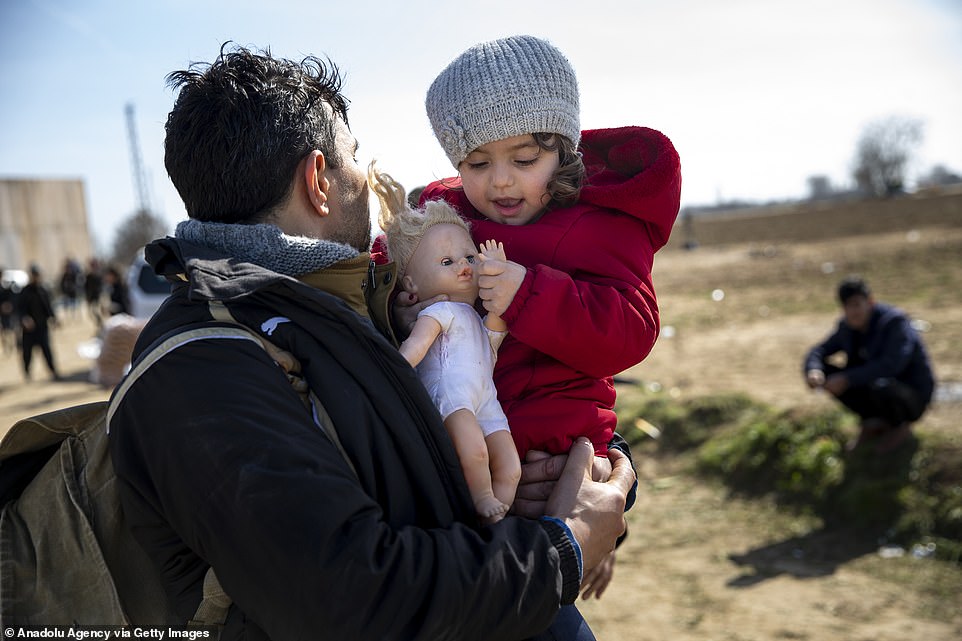 Since 2016 Turkey has agreed to hold back some 4million migrants who have fled fighting in the Middle East to its territory, but said last week that it will no longer abide by the deal 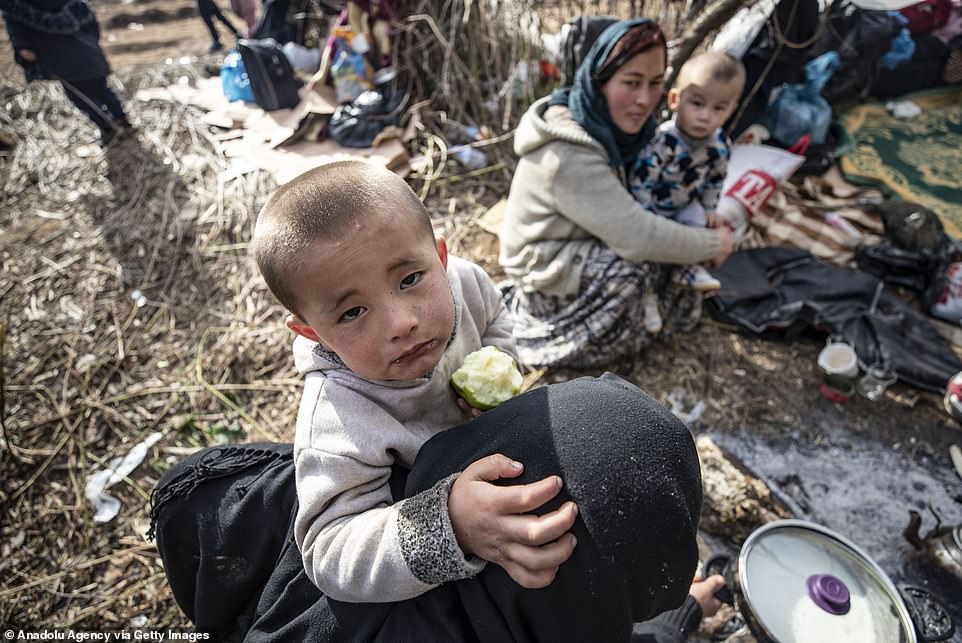 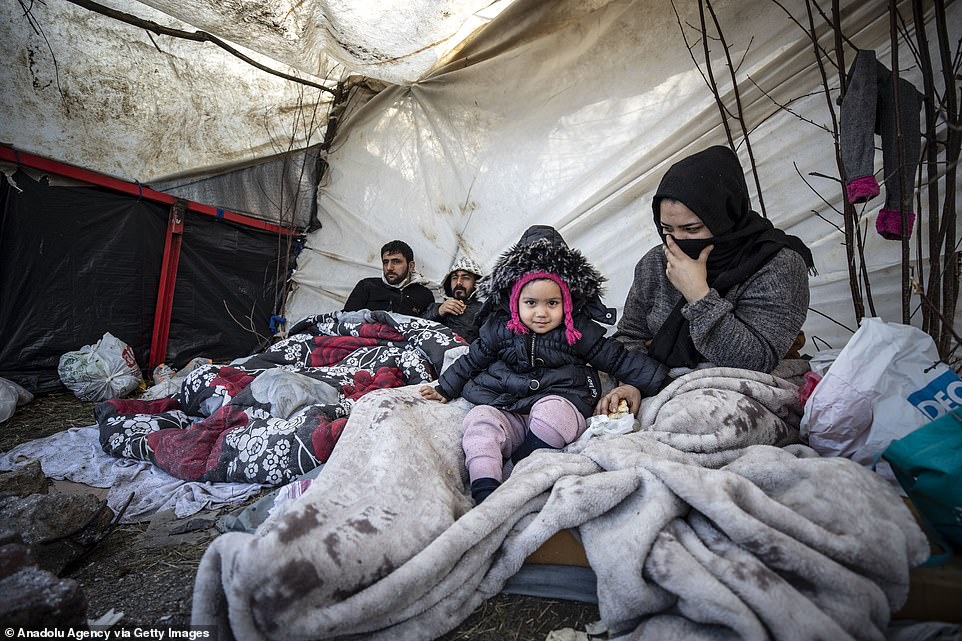 Turkey says more than 100,000 migrants have crossed its border in an attempt to get to Europe, but Greece put the number of attempted crossings much lower at 24,000 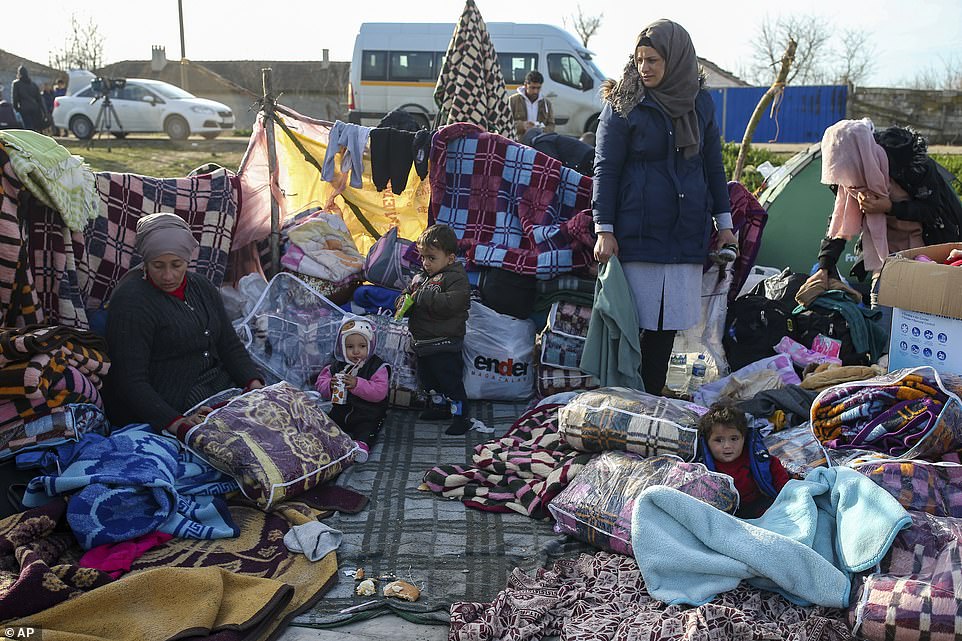 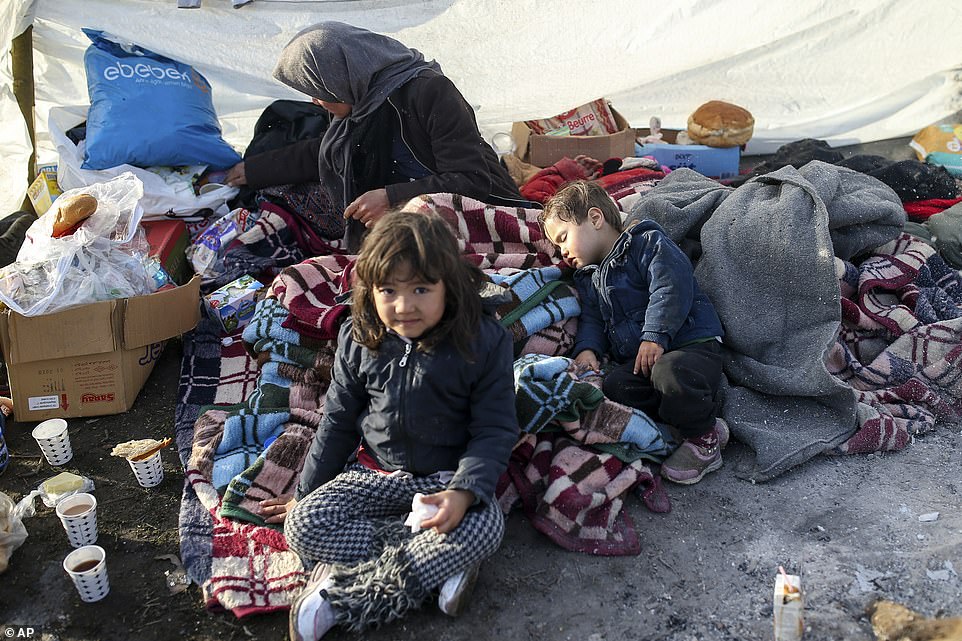 After being blocked from crossing at official border checkpoints by Greek guards armed with teargas, many migrants are now attempting to get across the border at other points by fording a river that runs along it 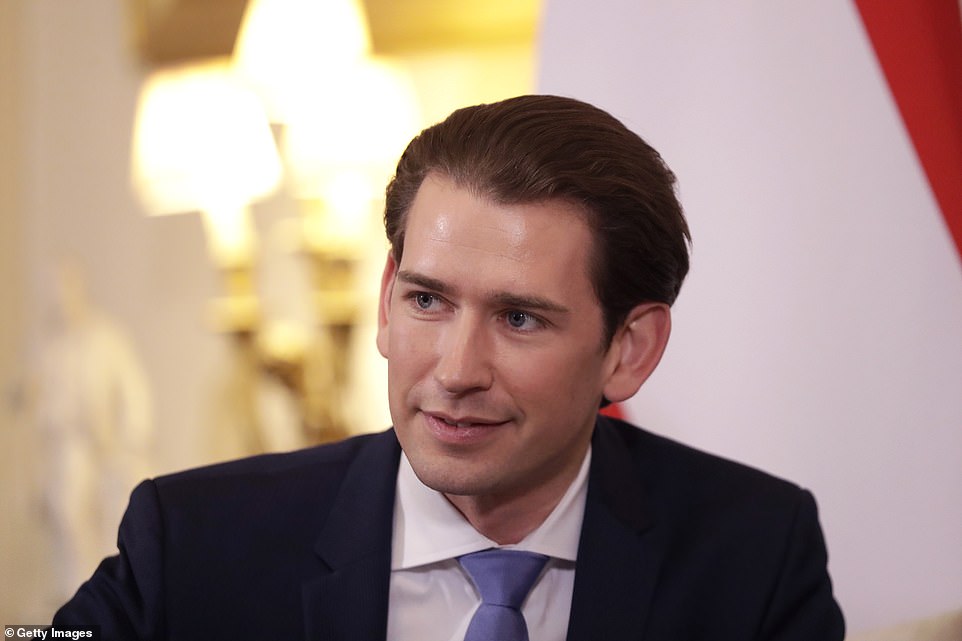 Footage taken by Turkish media also revealed what appeared to be Greek coast guards firing warning shots at and attempting to capsize a migrant boat as it headed for the island of Lesbos.

Turkey has given a green light to refugees and migrants on its territory, many of them displaced Syrians, to leave for the European Union, in defiance of a 2016 deal to keep them in.

Kurz accused Turkish President Recep Tayyip Erdogan of luring people with 'false promises' and transporting them to the Greek border - from where they are seeking to enter Europe - using them as a 'weapon' to pressure the EU.

Kurz said it was a 'test' for the EU to see whether it can protect its outer borders, saying Austria stood ready to support Greece and any other countries which may face an 'onslaught'. 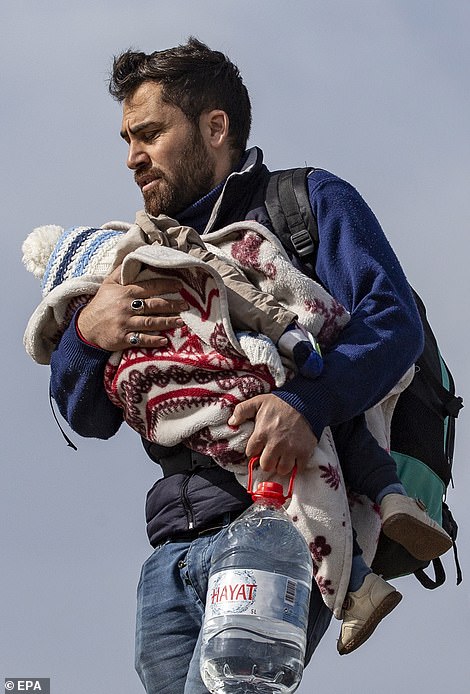 'I can guarantee you one thing: if the outer borders of the EU don't work, then Europe without (inner) borders is history,' he said.

'We must together make sure that year 2015 doesn't repeat itself,' he added, referring to a surge in people entering the EU to seek asylum five years ago.

Thousands of migrants searched for ways to cross Greece's land border on Tuesday, days after Turkey made good on a longtime threat to open its borders for those seeking to cross illegally into Europe.

Many of those hoping to enter Greece were trying their luck by wading or rowing across the Evros River that runs along most of the length of the Turkish frontier.

Greek authorities said the main pressure on the border Tuesday had moved from the official crossing to points farther south along the river. Authorities said they thwarted an attempt by about 1,000 people overnight to make their way across the Evros wetland area, at the southern end of the border.

Top EU officials were accompanying Greek Prime Minister Kyriakos Mitsotakis Tuesday on a tour of the area around the land border to assess the situation that Greece has described as an asymmetric threat against its national security.

Mr Mitsotakis had earlier called for 'strong' support from the EU in tackling the problem, ahead of a meeting with European leaders.

The EU has largely been on the sidelines of the issue but on Monday von der Leyen said: 'The challenge that Greece is facing right now is a European challenge.'

Some 24,203 people were stopped from crossing the border from Turkey between Saturday and Monday night, according to figures from the Greek government, which has sent troops and police to reinforce its border areas.

Security forces have fired tear gas to attempt to repel the migrants in recent days.

Turkey announced Thursday it was easing restrictions on those wishing to cross into Europe, leading a wave of thousands of people to mass along its western frontier.

The movement appeared well organized, with buses, minibuses and cars provided in Istanbul to ferry people to the border, a roughly three to four

PREV Blind man flunks his citizenship test because they tried to make him read a ...
NEXT Security team guarding Prince Harry and Meghan Markle stay in a £1,100-a-week ...