Two treasure hunters discovered $6,000 worth of silver coins on a southern Florida beach that came from the wreckage of a fleet of Spanish ships that sunk there in 1715.

Jonah Martinez, a 43-year-old treasure hunter in Port St. Lucie, said he and his friend Cole Smith were combing through Wabasso Beach Friday night with metal detectors when they found 22 rare Spanish coins.

The coins came from the wreckage of the Spanish Treasure Fleet that was carrying the riches of the New World from Havana, Cuba back to Spain on July 31, 1715 when it got caught in a hurricane.

Eleven of the 12 ships sunk to the sea floor near present-day Vero Beach, Florida and with it immeasurable riches including gold bars, silver coins and jewelry disappeared.

'You don’t know what you’re going to find. We love to be the guys who find treasure that were lost at sea more than 300 years ago,' Martinez said to CBS12 on the historic find. 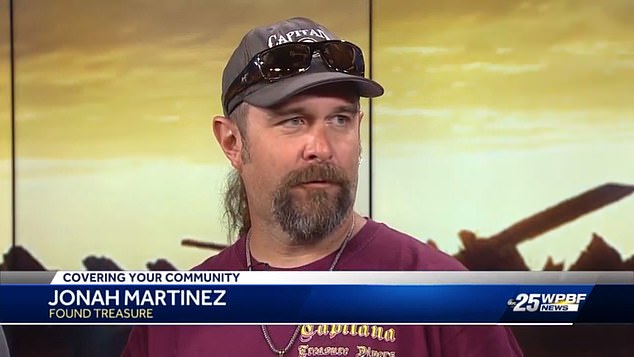 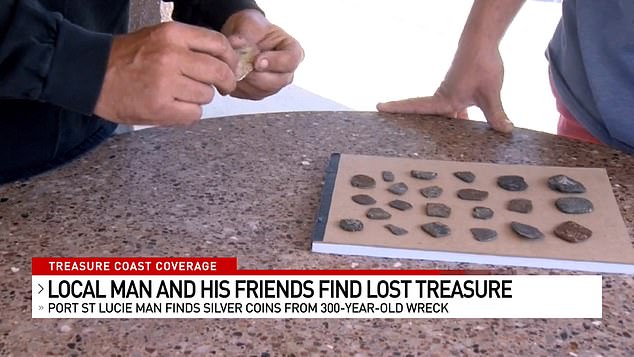 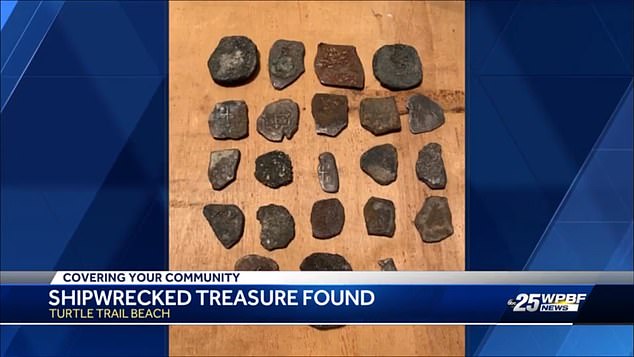 'Our metal detectors were catching target after target. We found 22 beautiful Spanish coins from the 1715 Treasure Ship Wreck that were all hammer-struck,' Martinez said on the historic discovery 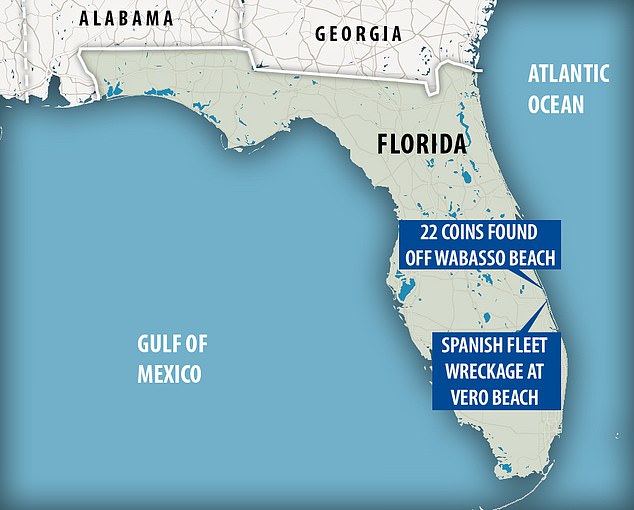 The 1715 Spanish Treasure Fleet sunk near Vero Beach, Florida. Friday's bounty of 22 Spanish coins was discovered in Wabasso Beach, about 10 miles away

'Our metal detectors were catching target after target. We found 22 beautiful Spanish coins from the 1715 Treasure Ship Wreck that were all hammer-struck.'

'You can lick it and taste the salt water,' Smith said.

Martinez said he has combing through the beach for the past 24 years searching for shored up treasure from the notorious 1715 Spanish Treasure Fleet.

The story of the perished Treasure Fleet is well known in the area and has drawn treasure hunters for decades.

Around 1,500 sailors perished in the hurricane but a small number survived on lifeboats.

Fourteen million pesos in registered treasure were lost in the maritime disaster, according to the Mel Fisher Treasure Museum. 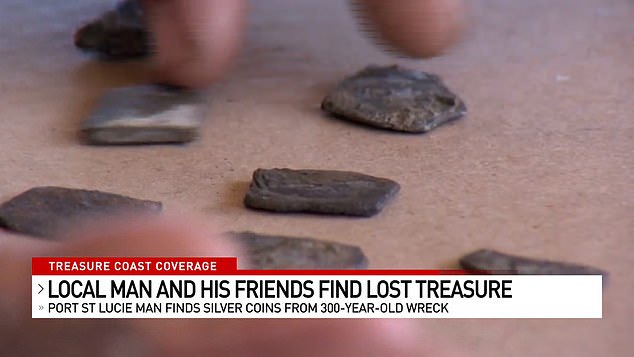 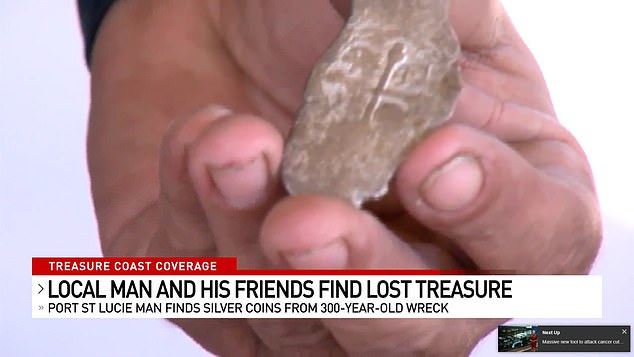 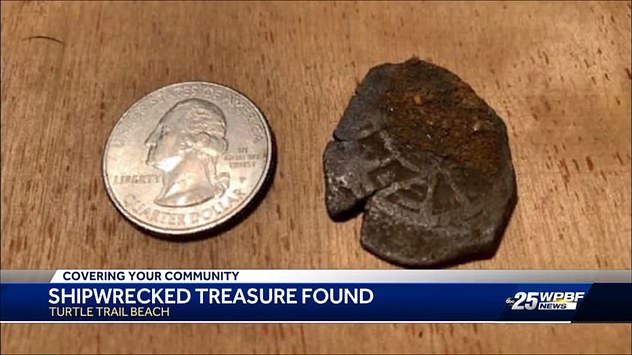 A Spanish coin pictured next to today's quarter

Today much of the treasure that has washed up from the underwater wreck is on display at Mel Fisher's Treasures Museum, which was opened in December 1992 and includes rare finds such as a gold locket, a gold whistle, a gold emerald-decorated cross and gold bars. 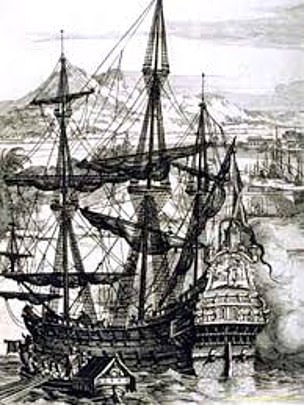 RT @Joe_Hildebrand: A reminder of what we're fighting and what we are fighting ...