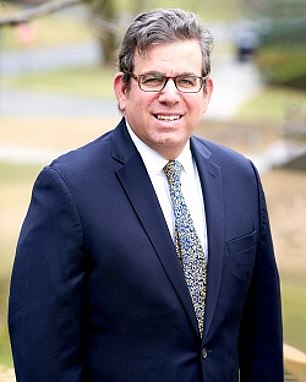 Manhattan lawyer Lawrence Garbuz, 50, became the second confirmed coronavirus case in New York state on Tuesday. He is said to be in severe condition

A Manhattan lawyer who tested positive for coronavirus remains hospitalized in severe condition while his family is held under quarantine.

Lawrence Garbuz, 50, became the second confirmed coronavirus case in New York state on Tuesday. Health department officials did not name the lawyer but sources confirmed his identity to the New York Post.

New York Governor Andrew Cuomo confirmed that the patient commutes to his Manhattan law firm, Lewis & Garbuz, from his family's home in New Rochelle on the Metro-North Railroad.

His wife and one of their four children also work at the firm, which is located across the street from Grand Central Terminal. Seven employees were identified as being at risk having spent close, prolonged contact with Garbuz.

Garbuz, who is said to have an underlying respiratory condition, was initially hospitalized on Friday at Lawrence Hospital in Bronxville.

He was transferred to the Intensive Care Unit at New York-Presbyterian/Columbia University Medical Center in Manhattan's Upper West Side on Monday when his condition worsened. 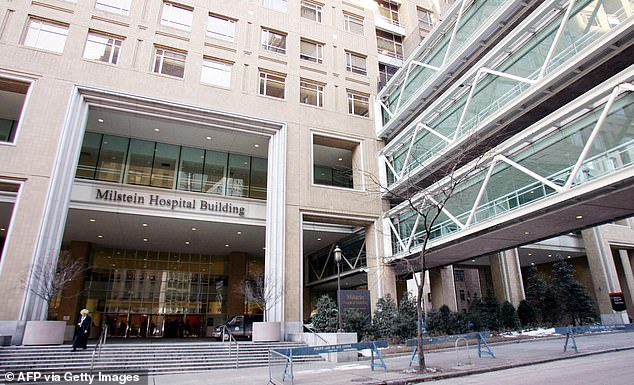 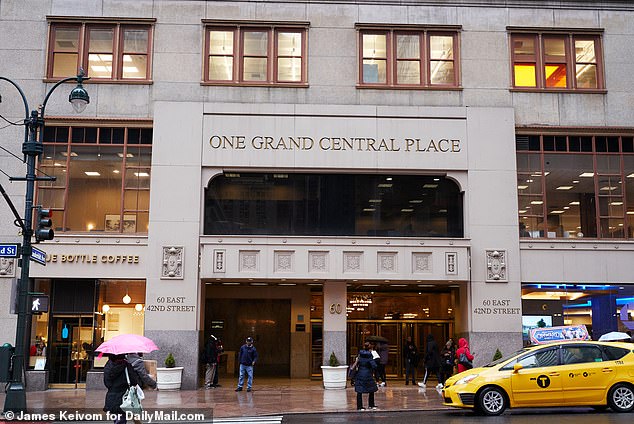 New York Governor Andrew Cuomo confirmed that the patient works at a law firm across the street from Grand Central Station (pictured). Seven employees at the firm, Garbuz & Lewis, are now being tested for coronavirus 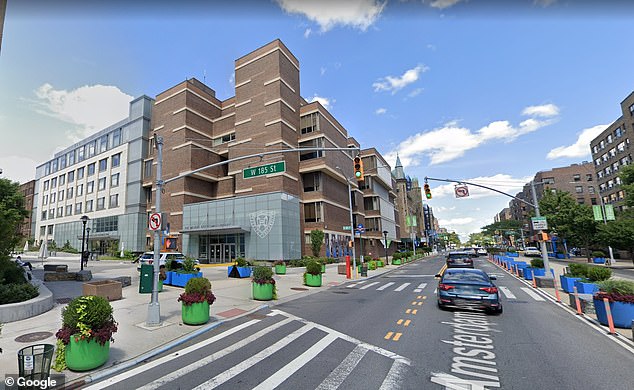 Garbuz's son, a student at Yeshiva University (pictured), is also showing symptoms of coronavirus, according to officials

Garbuz's son, a student at Yeshiva University on 185th St, is also displaying coronavirus symptoms and has been placed into isolation in the family's Westchester home alongside his wife and their other son. They are all being tested for the virus.

The doctors and nurses who treated Garbuz at Lawrence Hospital are also being tested after being placed in quarantine.

Authorities began an intense search on Tuesday to find anyone else who Garbuz and his family may have been in contact with, New York City Mayor Bill de Blasio told reporters. 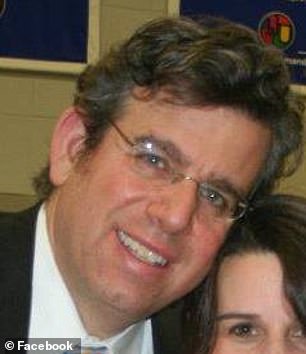 The information is expected to be compiled by Wednesday morning and all those thought to be at risk will be informed.

'City and State disease detectives are working closely to identify close contacts and the appropriate next steps,' de Blasio said.

Gov Cuomo said this second confirmed case was no cause for alarm and that community spreading in New York City is inevitable.

'The real issue is how many people will get seriously ill,' Cuomo said. 'How many people, God forbid, could lose their lives.'

One of Garbuz's clients, New Jersey resident Jason Fries, told The Post he was 'worried' by the news of his lawyer's diagnosis, even though the pair have not had physical contact in the past two weeks, which is considered the exposure window for the virus.

'It's distressing when one finds out that there are people we know who have come down with it,' Fries said. 'It's not an abstract anymore.' 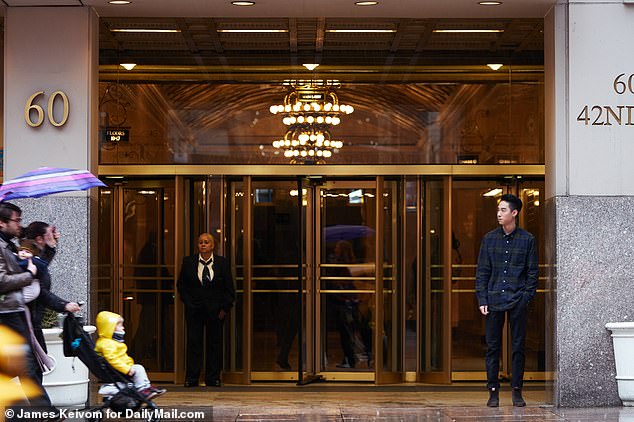 Additional officers were called to One Grand Central around 1.30 pm on Tuesday amid claims a virus victim worked there 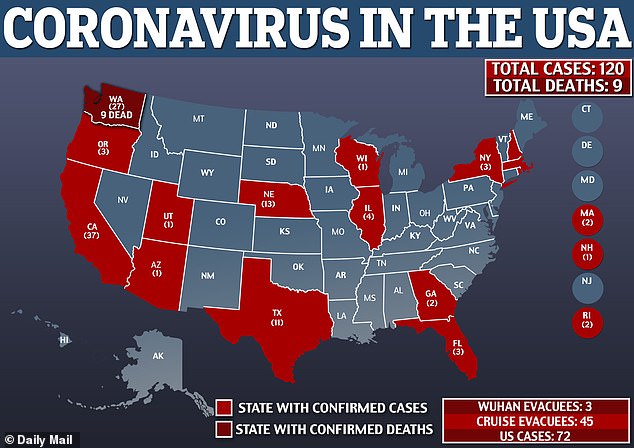 There are 120 confirmed US coronavirus cases as of Tuesday. The death toll stands at nine

So far, nine people have died of coronavirus in the US, federal and local health officials say.

All of the deaths have occurred in Washington state - eight are residents of King County and one of Snohomish County.

Six of the patients all died at EvergreenHealth in Kirkland and one died at Seattle's Harborview Medical Center. One was not hospitalized and one case is unknown.

Most came from Life Care Center, a long-term care facility.

Here's what we currently know:

1. A man in his 50s was brought from Life Care Center to Harborview Medical Center on February 24. He died two days later and is the first death in the US from coronavirus

2. A man in his 50s from King County who had underlying health conditions. He was hospitalized and died at EvergreenHealth on February 28.

3. A man in his 40s from Snohomish County who died after being hospitalized at EvergreenHealth in Kirkland

4. A woman in her 70s, who lived at Life Care and was hospitalized at EvergreenHealth. She had pre-existing conditions, and died on Sunday,

5. A man in his 70s, who was also a resident of Life Care, was hospitalized at EvergreenHealth. He died on Sunday and also had underlying health conditions.

6. A man in his 70s, linked to Life Care, was hospitalized at EvergreenHealth. He died on February 29 and pre-existing conditions

7. A woman in her 80s, who was linked to Life Care and was previously reported to be in critical condition at EvergreenHealth, died on Sunday.

8. A woman in her 80s, who was a resident of Life Care and was never hospitalized, died at her family home on February 26.

Garbuz is reportedly a regular worshiper at Young Israel synagogue in New Rochelle, which has since been ordered to halt all services immediately by Westchester County Health Commissioner Dr Sherlita Amler.

Young Israel congregants have been ordered to self-isolate until March 8 at the earliest if they visited the synagogue on either of those days.

A second student at Yeshiva University has placed themselves into self-isolation as a precaution because of their contact with Garbuz's law firm, school officials said.

The university is not canceling any classes or events but is disinfecting all relevant common areas.

Salanter Akiba Riverdale (SAR) Academy on 254th Street in the Bronx, where Garbuz's other son - who is not showing symptoms - attended, was closed on Tuesday.

SAR High School a few blocks north was also shuttered as students may have been in contact with the son.

Westchester Day School in Mamaroneck and the Westchester Torah Academy in White Plains also closed Tuesday as a precautionary measure.

Garbuz and his wife have two other children who live in Israel.