Price of cigarettes surges again with a pack of 20 now costing $35 The price of cigarettes and tobacco products will rise by 12.5 percent from today It is the second time this year that Australia's tobacco excise tax has increased Pack-a-day smokers will now be shelling out about $12,500 per year to spark up  NSW Nationals MP Michael Johnsen says Australia should encourage vaping  Australia's black market tobacco trade is now worth over $600million per year

Smokers across Australia have yet another reason to quit from today.

A 20 pack of cigarettes will rise to $35 a packet September 1, as the federal government's tobacco excise increases for the second time this year by 12.5 per cent.

That means a pack-a-day smoker will be shelling out about $12,500 a years for sparking up. 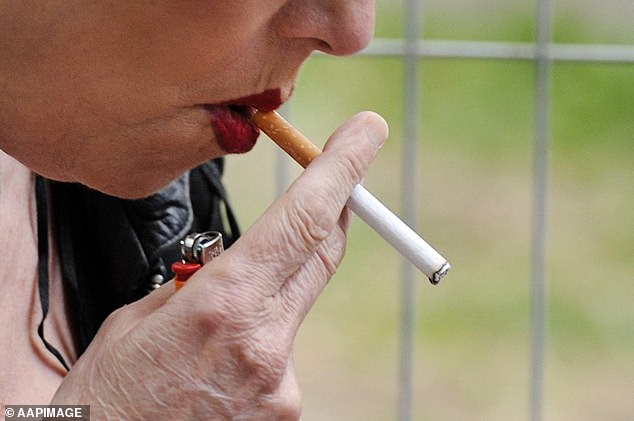 A 20 pack of cigarettes will rise to $35 a packet September 1, as the federal government's tobacco excise increases for the second time this year by 12.5 per cent

NSW Nationals MP Michael Johnsen who smoked for 40 years, told 3AW radio that more should be done to encourage vaping - an alternative he says is cheaper and safer.

'It should be used as a way for people that want to get off smoking, to transition out of smoking.'

A year's worth of vaping costs about $1000 in contrast, but at the moment laws around vaping are somewhat complex and all states and territories have their own legislation regarding the sale of e-cigarettes.

Under Australian poison regulations, the possession and use of nicotine for vaping is effectively banned.

But vaporisers and e-cigarettes can be sold without liquid nicotine by vendors.

A person can then legally obtain a prescription for liquid nicotine however most users obtain the highly addictive substance illegally. 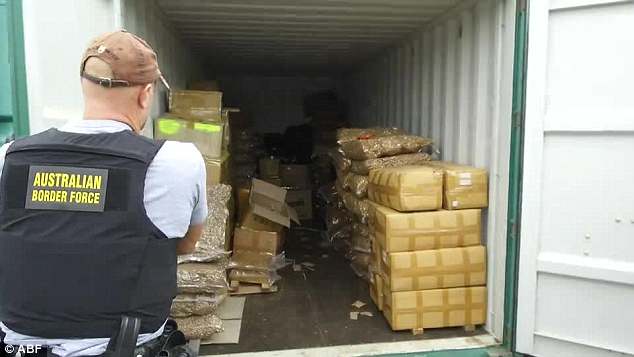 Pictured: Australian Border Force officers in 2018 bust a tobacco importation operation in Melbourne seizing over 10 tonnes of illicit tobacco which represents about $10 million in evaded duty