Out-of-control prisoners light fires, smash windows and start floods at a Queensland jail after being forced into coronavirus lockdown Prisoners have lit at least four fires at the Arthur Gorrie Correctional Centre Windows were smashed and cells flooded in a lockdown after COVID-19 case Two staff at facility tested positive and jail has been locked down for five days

By Eliza Mcphee For Daily Mail Australia and Aap

Prisoners have lit at least four fires in the past 24 hours in a southeast Queensland jail locked down for five days due to a COVID-19 outbreak.

As well as the fires, frustrated prisoners smashed windows and flooded their cells with medical staff reportedly walking off the job.

The first fire in the morning was put out by prison officers, with five inmates suffering smoke inhalation. 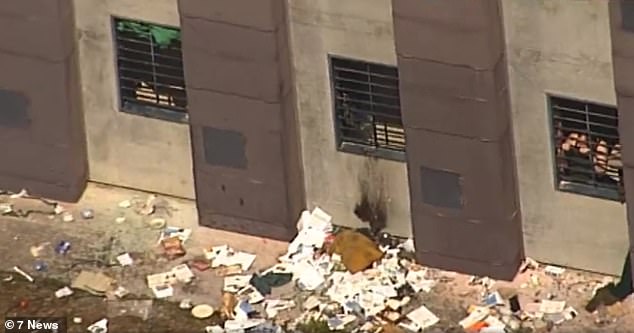 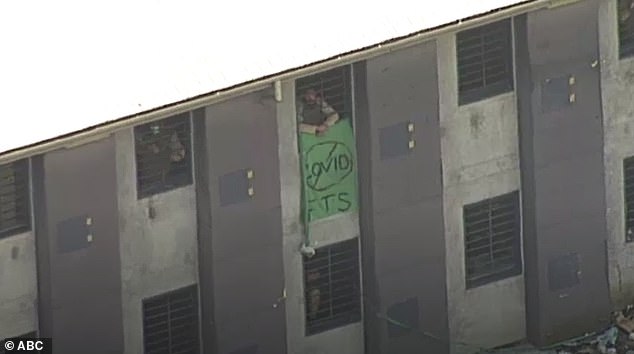 A second fire was lit in the afternoon, which was also put out after three hours, while a third blaze was set late on Monday night, which officers also dealt with.

QCS says a number of additional inmates and an officer were treated for smoke inhalation.

'Officers from Arthur Gorrie Correctional Centre have been praised for their professionalism and resilience in dealing with a complex situation,' QCS said in a statement.

A banner reading 'COVID FTS' has also been seen hung across one of the walls of the prison.

Queensland Corrective Services Commissioner Peter Martin said as many as 20 inmates were involved in the riots, Nine News reported.