Dramatic photographs showed migrants staggering onto a British beach today after a potentially record-breaking number were picked up off the coast with up to 25 boats crossing the English Channel.

Pictures taken this morning showed one group wading through the water and looking exhausted as they collapsed and sat down on rocks on the Kent coast at Dover after making the perilous journey from France.

The arrivals today mean the crossings could eclipse last month's single-day record of 235 migrants who arrived in 17 vessels, although it is not yet known how many were among the groups this morning.

One group of migrants was seen walking up a hill after landing at St Margaret's at Cliffe near Dover today, while another group were spotted at the foot of the White Cliffs of Dover.

Four dinghies evaded Border Force to land at The Warren beach near Folkestone, while the Dover lifeboat brought 25 refugees into the port this morning - and it was carrying around 13 to shore around 10am. 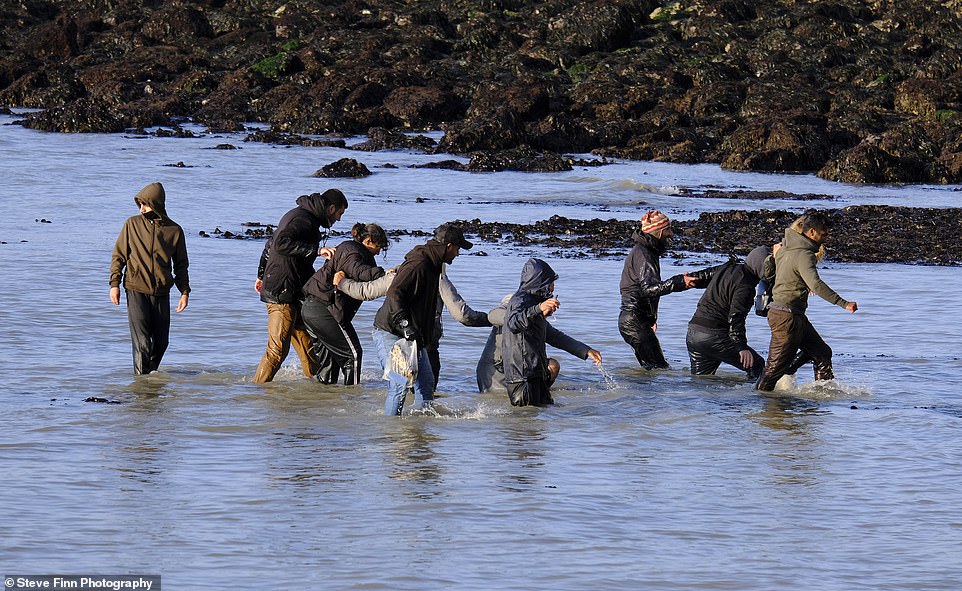 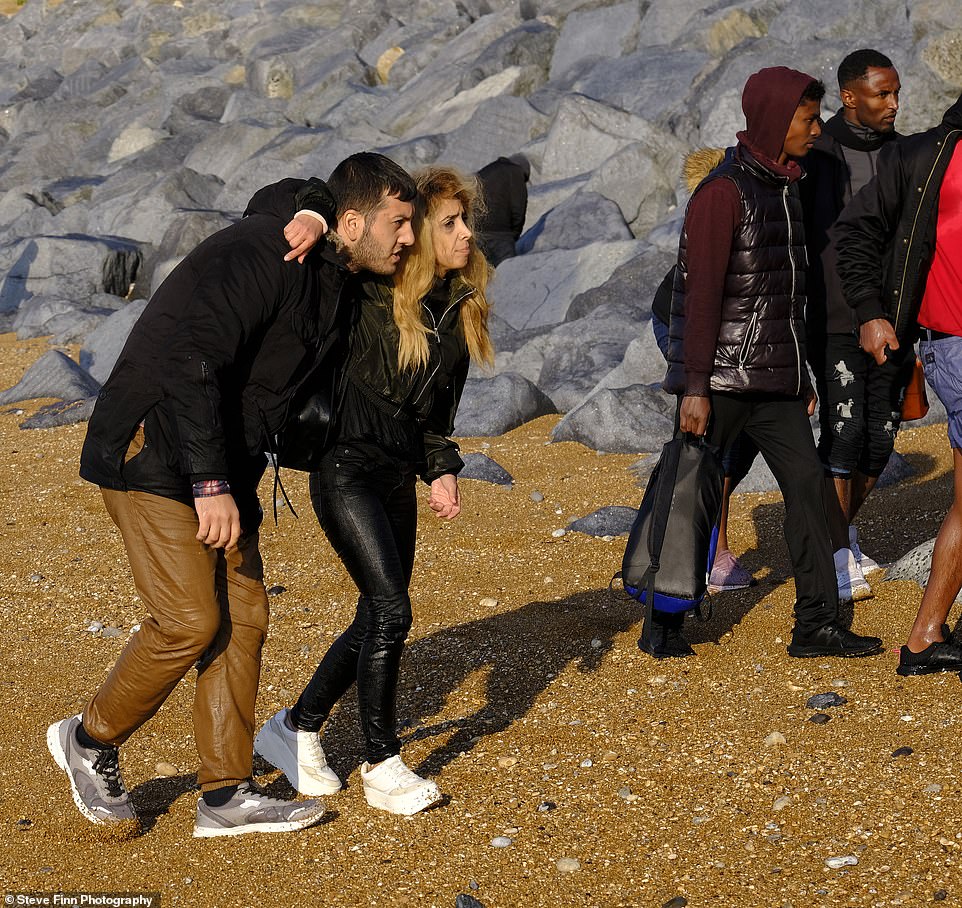 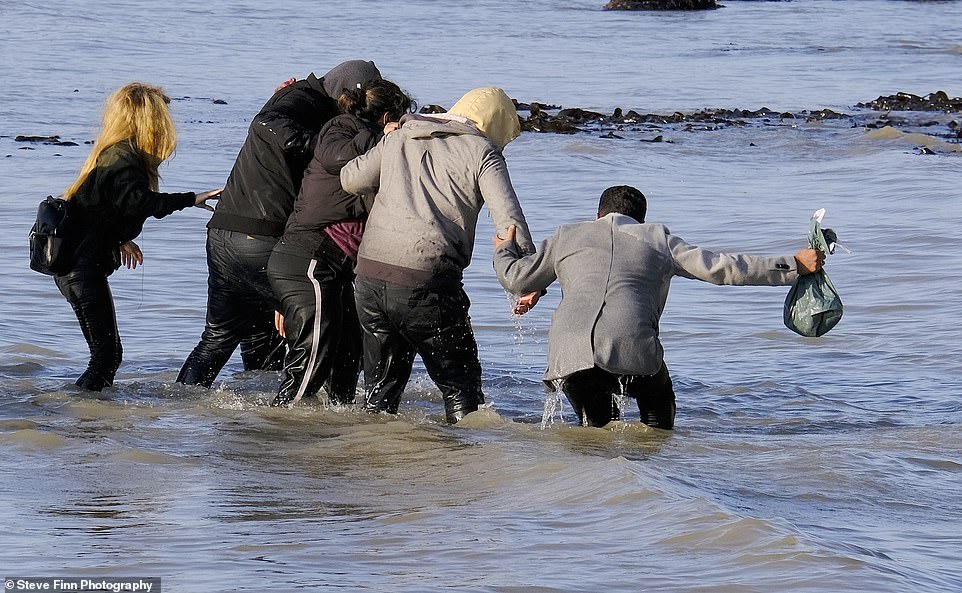 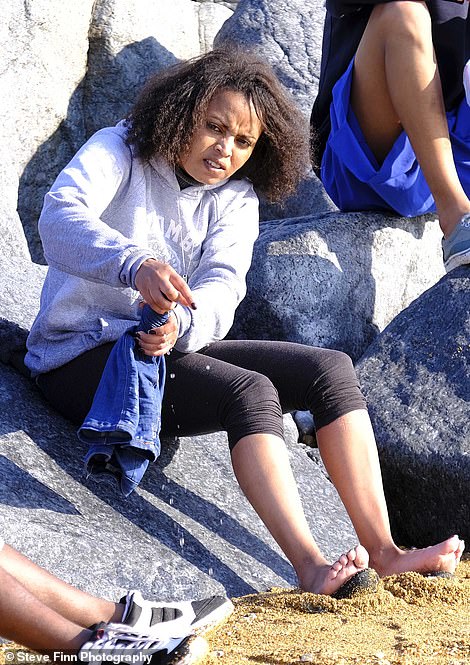 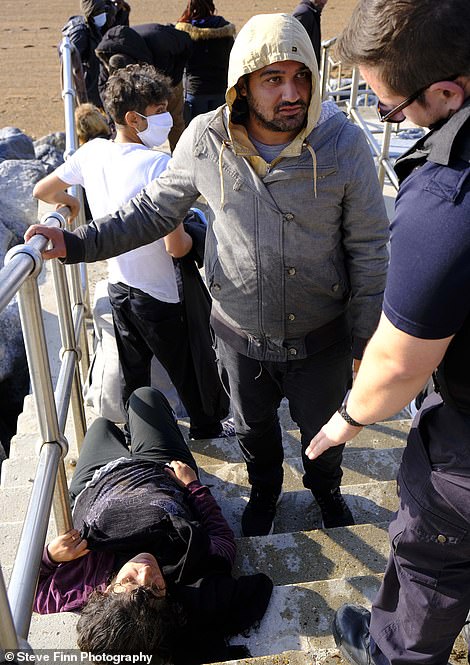 A migrant sits on the rocks at the beach in Dover today (left), while another is collapsed on the steps this morning (right) 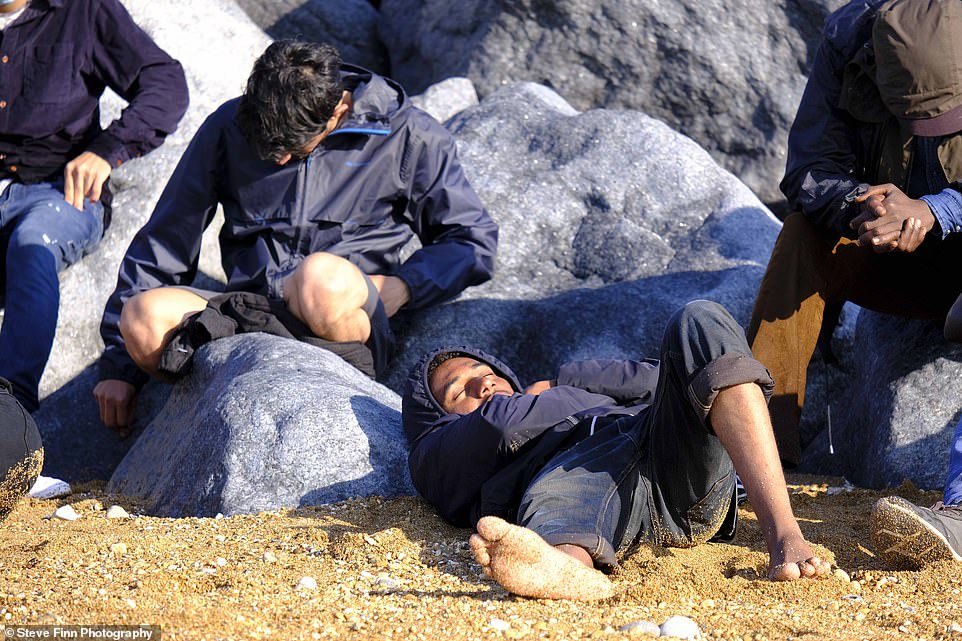 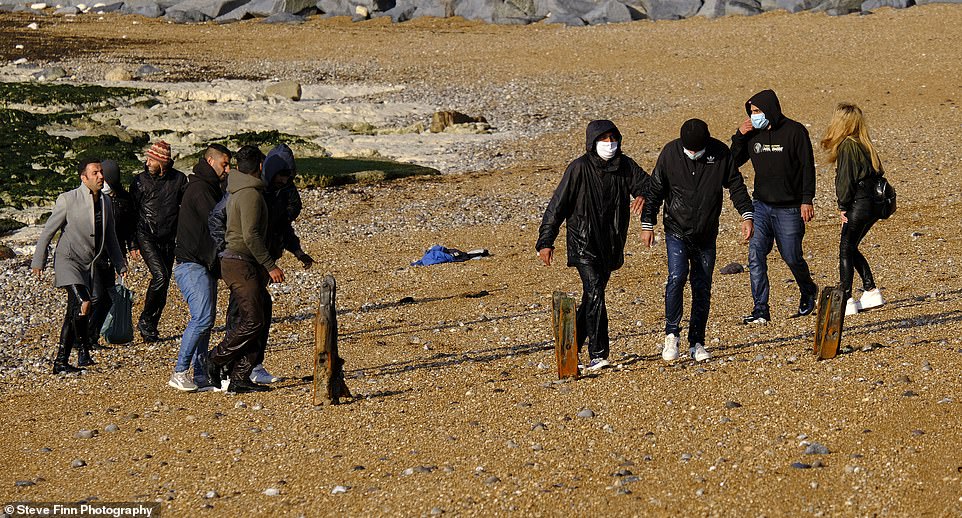 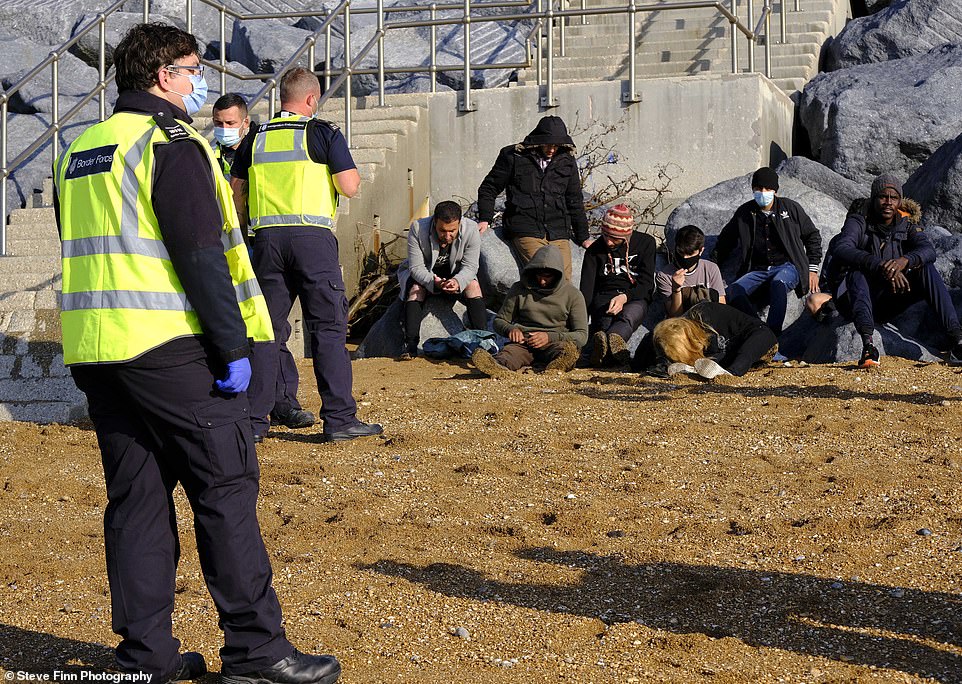 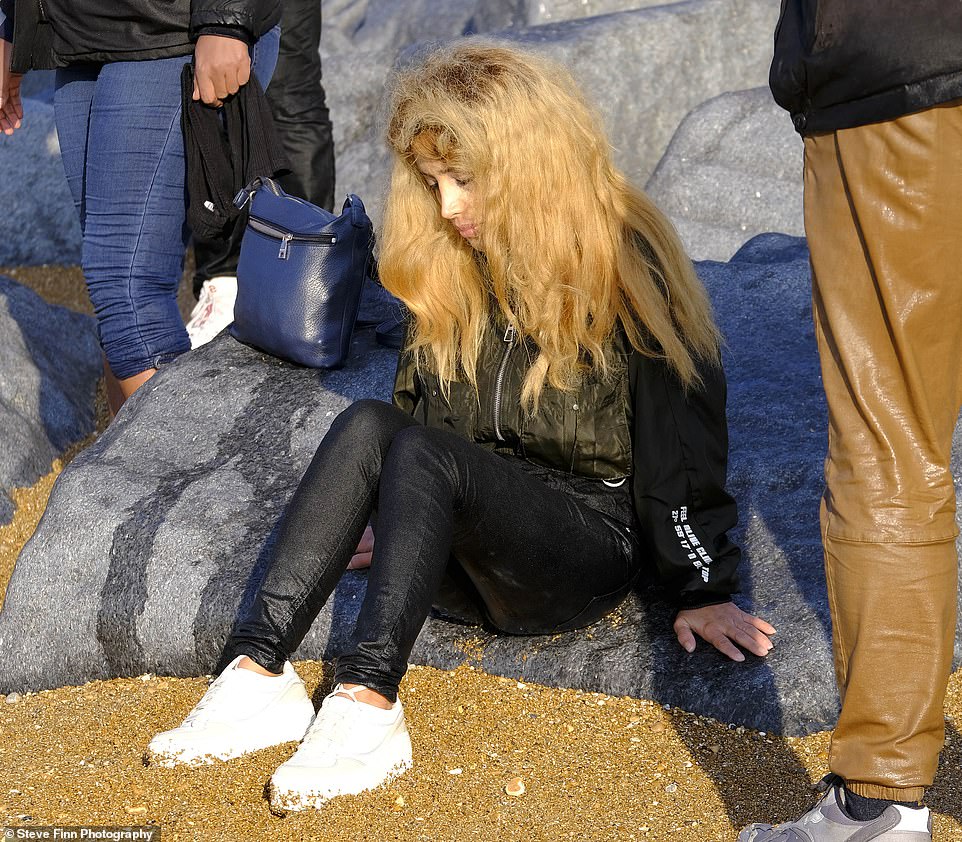 The rescue operation has been going on since at least 6am. The Channel was calm and there were clear skies - making it easier to make the perilous journey across the world's busiest shipping lane, the Dover Strait.

The Coastguard said it had been 'assisting Border