Off-duty Milwaukee police community service officer, 35, is fatally shot by neighbor, 65, mowing the front lawn after he joked he was throwing grass on his property Milwaukee police community service officer Naeem Sarosh, 35, was fatally shot Monday night around 6pm by his 65-year-old neighbor, police say His neighbor was mowing the front lawn and Sarosh, who was off-duty, joked to him that he was throwing grass onto his front lawn The neighbor responded by pulling out a gun and shooting Sarosh four times When gunfire broke out Sarosh grabbed his wife and tried to run inside the home The 65-year-old man has been taken into custody Some neighbors say Sarosh and the neighbor had been friends for years, others say they had gotten into disputes in the past

An off-duty Milwaukee police community officer was shot dead by a neighbor mowing his lawn after he joked the neighbor was throwing grass clippings in front of his home.

Naeem Sarosh, 35, a four-year veteran of the Milwaukee Police Department, was allegedly shot four times by his 65-year-old neighbor Monday night at 6pm.

After the joke the suspect allegedly pulled a gun from his pocket and opened fire. Sarosh grabbed his wife and tried to run inside but was hit four times, according to KFVS. 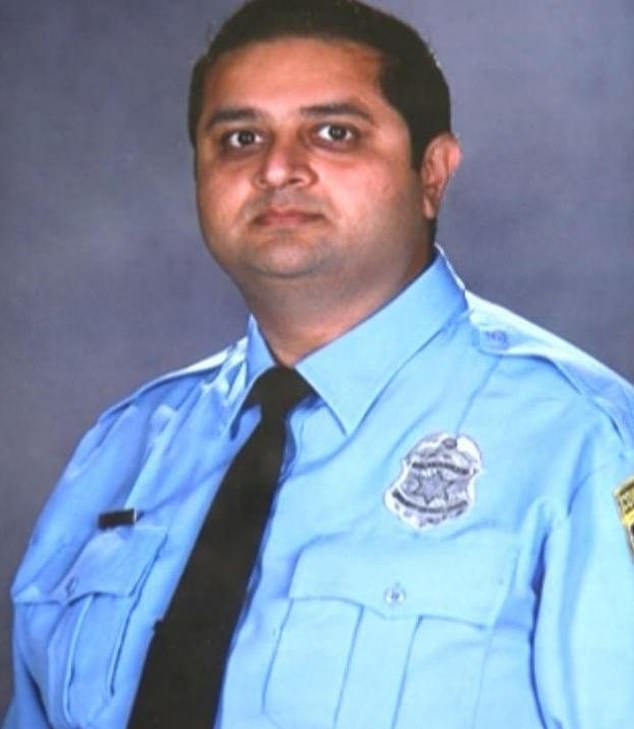 'I’m dumbfounded by it because everybody is very quiet. We always say hello. Nobody bothers anybody. It’s shocking,' neighbor Tammy Mitton, who overheard Sarosh arguing with his neighbor.

'I heard loud discussion, couldn’t make out any words, but then, a man just screamed at the top of his lungs, "I told you to put that down,"' Mitton said.

The 65-year-old man has been taken into custody.

Sarosh’s family and the suspect’s family were reportedly good friends before the shooting, but some