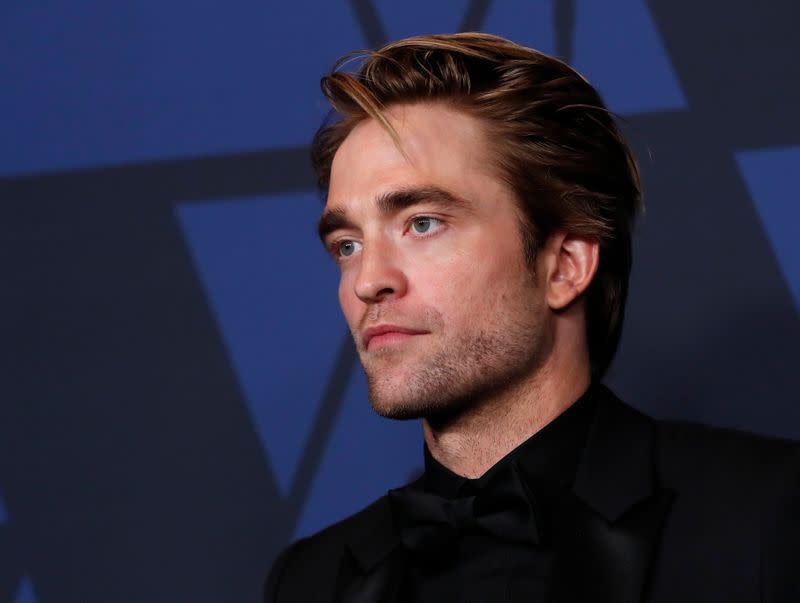 LOS ANGELES (Reuters) - Actor Robert Pattinson has tested positive for COVID-19, causing production in Britain on the set of his film "The Batman" to pause, Vanity Fair and the Hollywood Reporter reported on Thursday.

Vanity Fair and the Hollywood Reporter cited unnamed sources as saying the person who tested positive was Pattinson, the film's star.