Premier Mark McGowan hits back at critics over his hard border rules - saying the 'latte and Pinot Grigio-sipping Sydneysiders don't have a clue about life in Western Australia' WA is the only remaining state with a hard border, which began on April 5  Premier Mark McGowan slammed border critics, saying they 'don't have a clue'  He said his critics 'drink lattes and sip Pinot Grigio' on the North Shore of Sydney The state border will remain in place for as long as health advice recommends

Premier Mark McGowan has hit back at critics over his hard border restrictions, saying 'they don't have a clue' about life in Western Australia.

Mr McGowan made the comments when asked about East Coast politicians who 'don't understand what life is like in WA' at a press conference on Friday.

'I think some of the commentators might hang out on the North Shore of Sydney drinking their lattes and sipping their Pinot Grigio,' he said.

'I don't think they have any clue about what goes on here, about our economy, about our jobs and about how we support them and I think those commentators in the east really need to learn a little bit about our state.' 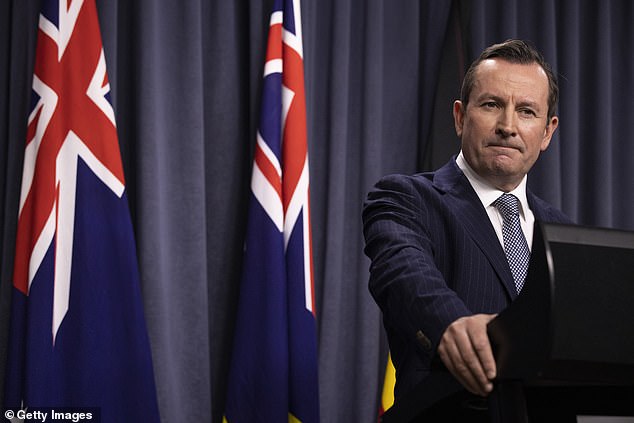 Mr McGowan explained his critics 'want the hard border to be changed prematurely against our health advice'.