A car enthusiast who spent decades searching for his first family car was left stunned when he accidentally stumbled upon it parked under an old apple tree in a paddock.

Kim Valentine, of Hobart, was just a newly wed with a baby on the way when he bought the honey-brown Volkswagen Beetle in the early 1970s for just $2,000.

But as his family began to grow, he was forced to trade it in for a bigger car.

The 72-year-old had always wondered what had happened to the honey-coloured bug that had meant so much for the family.

He spent 48 years looking for it but never had any luck, that was until a chance encounter during a day trip to Bruny Island, south of Hobart, on September 7.

'I spied a honey-brown Beetle under an apple tree, up to its ankles — or its hub caps — in grass, and I wondered what the rego number on that car was,' he said. 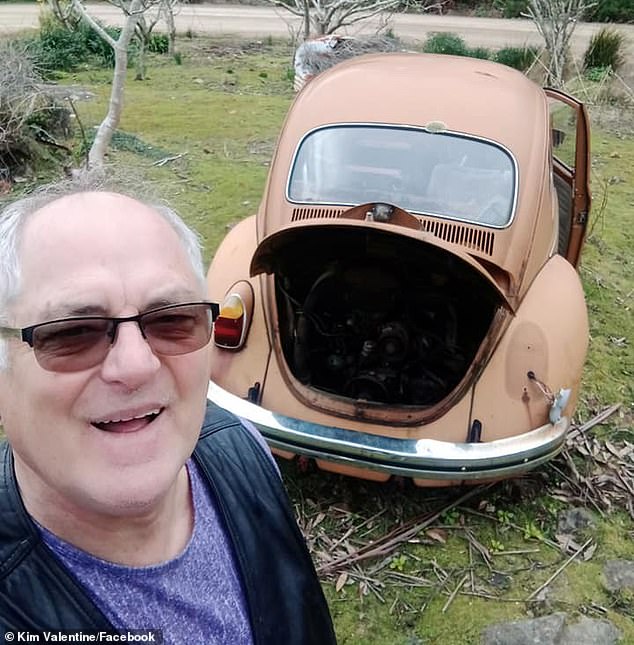 Kim Valentine (pictured), of Hobart, was in utter disbelief when he stumbled across the honey-brown car hubcap-deep in grass on vacant land during a day trip to Bruny Island 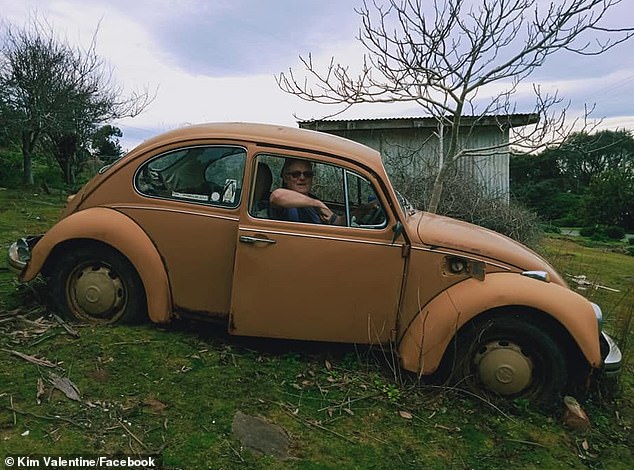 'I jumped out of the car, ran across this little empty block of land and was amazed when I saw its number plate.

'I've often seen honey-brown VW beetles but invariably they have been the 1600cc fastback version - not the 1500.

'I could not believe my eyes.'

Mr Valentine was 'so excited' he got into the driver's seat to recollect the good ol' days.

'I sat behind the wheel and looked back at where we used to put the bassinet of our first child, Chris, when he was a baby,' he said.

'I have a lot of really great memories with that car.'

Mr Valentine fondly remembers trips with his family in the 'bug', including a time he became bogged near a creek at Orford.