David Cameron today became the fifth former prime minister to condemn Boris Johnson over his plans to tear up parts of the Brexit divorce deal.

Mr Cameron said breaking an international treaty 'is the very, very last thing you should contemplate' and should only ever be an 'absolute final resort'.

The ex-PM, who quit Number 10 in the wake of the EU referendum result in 2016, said he had 'misgivings about what's being proposed' by Mr Johnson.

MPs are due to vote on the Internal Market Bill, which would override key parts of the Withdrawal Agreement, tonight. Ministers say it is essential because the EU is threatening to use 'unforeseen' consequences of the deal to stop food being exported from mainland Britain to Northern Ireland.

The Government is almost certain to win the first battle, as Mr Johnson has an 80-strong majority and backing from the DUP. However, many Tories are alarmed at the potential impact reneging would have on the UK's global reputation, and could support an amendment to introduce a 'parliamentary lock' later in the process. 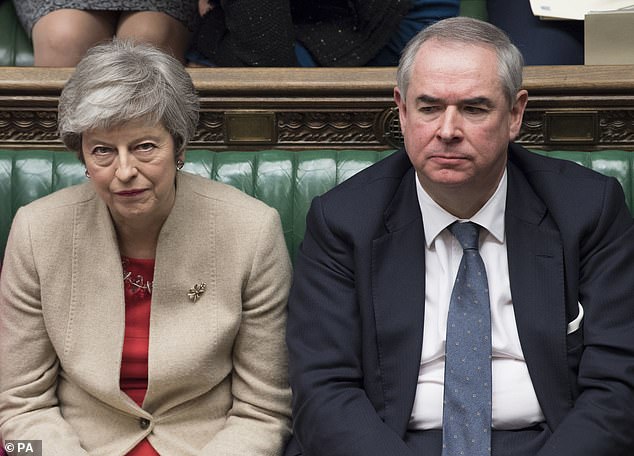 Brexit: What happens next?

MPs will vote this evening, likely at 10pm, on whether to give the UK Internal Market Bill its second reading - the first hurdle any new law must clear.

The Government should win the vote easily but all eyes will be on how many Tory MPs abstain or vote against the legislation.

The Bill's Committee stage will then start tomorrow as MPs scrutinise the nuts and bolts of the Bill and propose amendments.

The major flashpoint is not expected to come until next Monday when MPs start discussing the provisions which relate to Northern Ireland.

An amendment put forward by Tory MP Bob Neill which would give Parliament a veto on any attempt by the PM to override the Withdrawal Agreement is then due to be voted on next Tuesday.

Reports suggest up to 30 Tory MPs could rebel on the amendment which would still not be enough for the Government to lose given it has a majority of 80.

But such an outcome would be massively damaging to Boris Johnson's authority. Whether or not to punish the rebels by withdrawing the Tory whip would also represent a massive headache for Number 10.

Mr Cameron's intervention this morning means that every living former prime minister has now spoken out against Mr Johnson's plans.

Mr Cameron told Sky News: 'Passing an Act of Parliament and then going on to break an international treaty obligation is the very, very last thing you should contemplate.

'It should be an absolute final resort. So, I do have misgivings about what's being proposed.'

However, the ex-Tory leader suggested Mr Johnson's plans should be seen in the wider context of the Government's attempts to secure a post-Brexit trade deal with Brussels.

'And, of course, the bigger picture here is that we are in a vital negotiation with the European Union to get a deal and I think we have to keep that context, that big prize in mind.

'And that's why I have perhaps held back from saying more up to now.'

Mr Cox, who served as attorney general under Mrs May and Mr Johnson until he was sacked in February, last night became the most prominent Tory MP to condemn the legislation.

He said Mr Johnson should not 'observe treaty obligations with his fingers crossed behind his back', adding that he could not support a bill which risked undermining 'the standing and reputation of Britain in the world'.

Mr Cox – axed from the Cabinet in February's reshuffle – wrote in The Times: 'It is unconscionable that this country, justly famous for its regard for the rule of law around the world, should act in such a way.'

What have the five living former PMs said about Boris Johnson's Brexit plans?

David Cameron: 'Passing an Act of Parliament and then going on to break an international treaty obligation is the very, very last thing you should contemplate. It should be an absolute final resort. So, I do have misgivings about what's being proposed.'

Gordon Brown: 'This is a huge act of self harm. We knew there was a debate over fishing and over state aid but then to explode the argument into breaking an international treaty has been condemned by so many people.'

Tony Blair: 'As the world looks on aghast at the UK, the word of which was once accepted as inviolable, this government's action is shaming itself and embarrassing our nation.'

Sir John Major: 'For generations, Britain's word – solemnly given – has been accepted by friend and foe. Our signature on any treaty or agreement has been sacrosanct. Over the last century, as our military strength has dwindled, our word has retained its power. If we lose our reputation for honouring the promises we make, we will have lost something beyond price that may never be regained.'

He then said this morning that the Government 'knew' what it was signing up to when it agreed and the ratified the Withdrawal Agreement.

He told Times Radio: 'What I can say from my perspective is we simply cannot approve or endorse a situation in which we go back on our word, given solemnly not only by the British Government and on behalf of the British Crown, but also by Parliament when we ratified this in February, unless there are extreme circumstances which arrive involving a breach of duty of the good faith by the EU.

'In those circumstances, there are then lawful remedies open to us and it is those we should take rather than violating international law and a solemn treaty.'

He continued: 'The breaking of the law leads ultimately to very long-term and permanent damage to this country's reputation and it is also a question of honour to me – we signed up, we knew what we were signing, we simply can't seek to nullify those ordinary consequences of doing that and I simply can't support that.'