A driver was killed and a child is fighting for their life after a lorry ploughed into parked cars and a house today.

Several people were injured in the horror smash on a suburban street in Kidbrooke, south east London, during the morning rush hour.

Police, firefighters, paramedics and an air ambulance were scrambled to the scene at around 8am.

Emergency crews confirmed the lorry driver died at the scene and an 11-year-old child is in a 'life-threatening' condition.

The child was on the school run with his father when the green truck ploughed into them, according to witnesses. 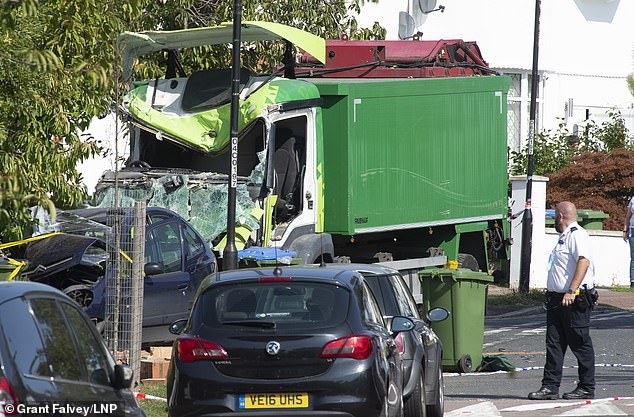 A lorry driver has died and an 11-year-old child has been rushed to hospital following the crash in Kidbrooke, south east London, at around 8am this morning 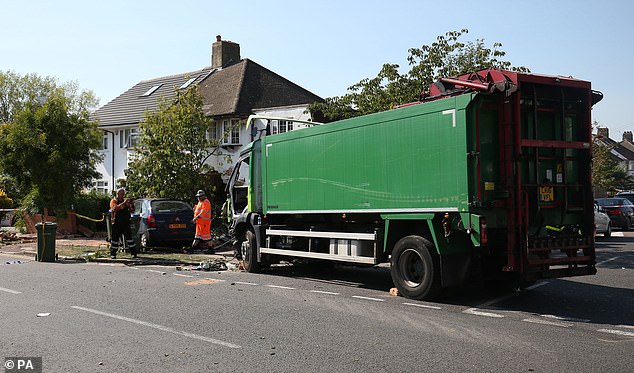 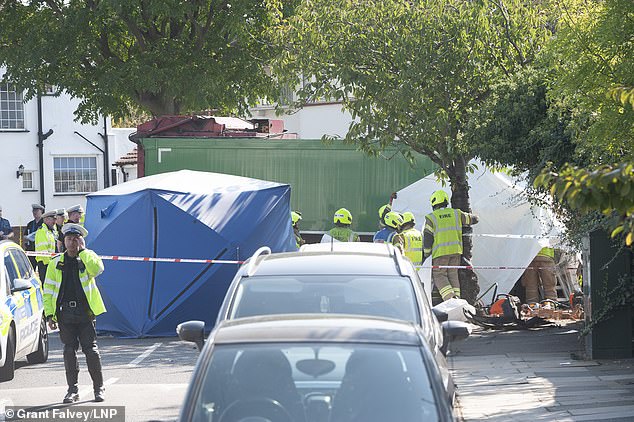 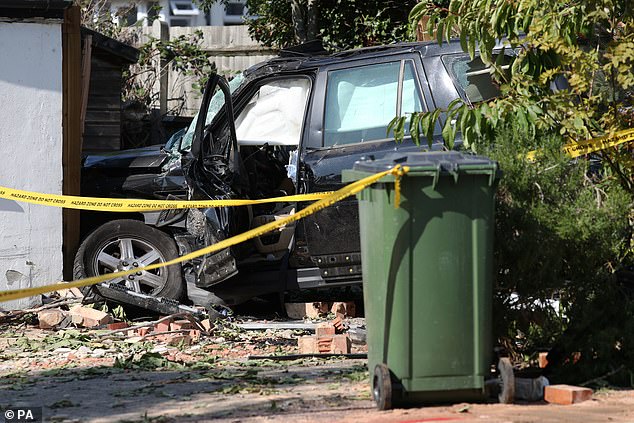 A local resident, who wished to remain anonymous, said the scene was 'utterly tragic'

London Fire Brigade said it appeared a lorry had collided with two cars and crashed into a house, causing structural damage to the building.

Station commander Nathan Hobson said: 'Specialist Urban Search and Rescue crews attended the scene and efforts were made to free the lorry driver but sadly he was pronounced dead at the scene.'

The London Ambulance Service treated a further three patients. One was taken to a major trauma centre, one was taken to hospital, and one was discharged.

Five vehicles were severely damaged in the crash while several others suffered minor damage.

A black Land Rover Freelander 2 - which the injured father and son had been in - had careered into the side of the property.

A local resident, who wished to remain anonymous, said the scene was 'utterly tragic' after the lorry crashed just 30 metres from his home.

'About 8am when I was preparing school run for my kids, all (of a) sudden police, ambulance siren, helicopter sound went on,' he said.

'Bit emotional myself right now after hearing an 11-year-old is in a serious condition. It's utterly tragic - my thoughts are with their loved ones.' 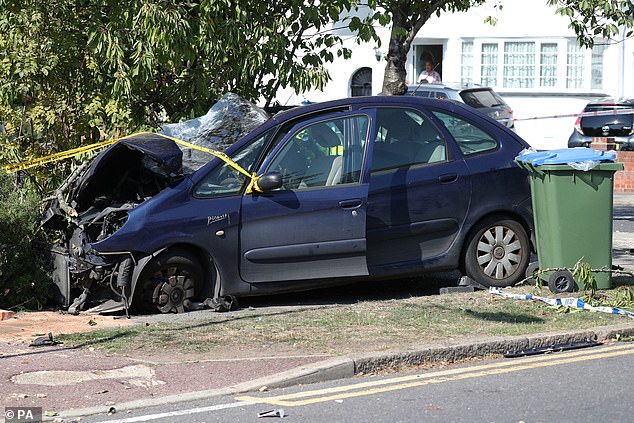 Aerial images from the scene show the trail of devastation. According to