Comedian Chris Rock hit out at Democrats for being so focused on impeaching President Trump earlier this year that they allowed the coronavirus pandemic to hit the United States.

In a lengthy interview with the New York Times published Wednesday, Rock compared Trump to a 'five-year-old' as he discussed the country's summer of unrest.

The 55-year-old actor blasted Pelosi as he claimed 'it’s all the Democrats’ fault' and accused both political parties of 'fake news'. 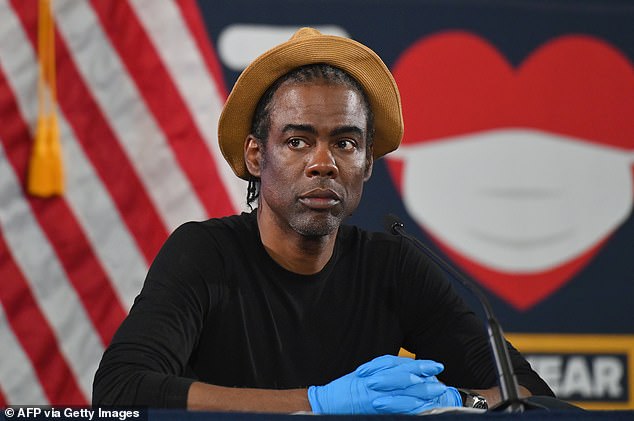 Comedian Chris Rock, 55, claimed Democrats were so focused on impeaching President Trump earlier this year that they allowed the coronavirus pandemic to hit the United States 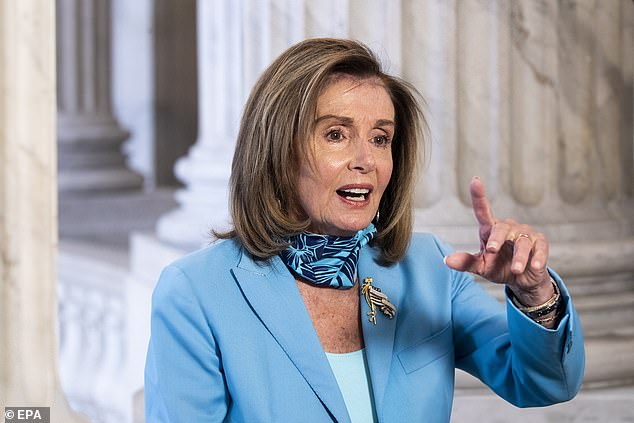 He bashed Nancy Pelosi, pictured, for not being ready when the pandemic hit

While speaking about a discussion with fellow comedian Dave Chapelle at live shows he held in July, Rock claimed that he had a problem with Trump as the country had elected a 'landlord'.

'Part of the reason we’re in the predicament we’re in is, the president’s a landlord. No one has less compassion for humans than a landlord,' he joked.

Rock continued to compare the current White House administration to the 1987 movie 'The Last Emperor' in which a child was the ruler of China, adding that the US was now like that with a childlike ruler.

'So I’m like, it’s all the Democrats’ fault. Because you knew that the emperor was 5 years old. And when the emperor’s 5 years old, they only lead in theory,' Rock said.

'There’s usually an adult who’s like, “OK, this is what we’re really going to do.”'

He continued with his blame of the Democrats for not catching the start of the pandemic.

The impeachment trial had engulfed much of the news in the early weeks of this year as the first coronavirus cases hit the US.

'And it was totally up to Pelosi and the Democrats. Their thing was, “We’re going to get him impeached,” which was never going to happen,' he said.

'You let the pandemic come in. Yes, we can blame Trump, but he’s really the 5-year-old.

'Put it this way: Republicans tell outright lies. Democrats leave out key pieces of the truth that would lead to a more nuanced argument. In a sense, it’s all fake news,' he added. 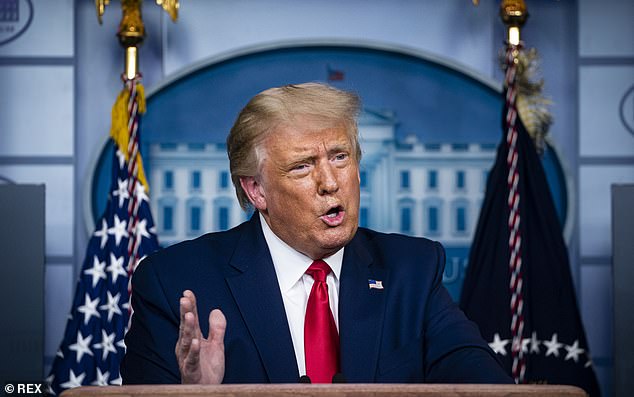 Rock compared Trump, pictured, to a 'five-year-old' as he discussed the country's summer of unrest but claimed it was the Democrats who should have been there to stop the pandemic 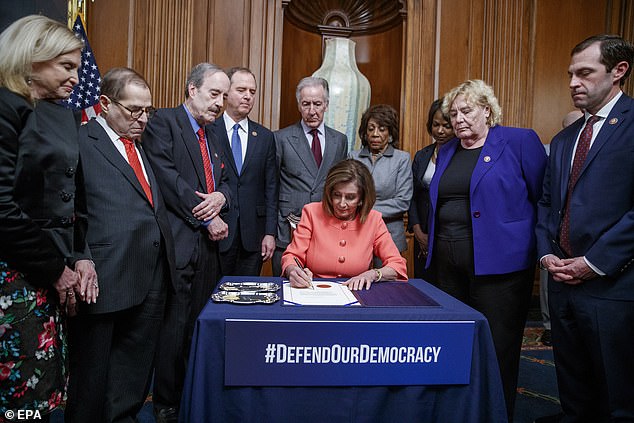 Speaker of the House Nancy Pelosi, with committee chairs and House impeachment managers. The impeachment trial engulfed much of the news in the early weeks of this year

Rock later spoke about his previous comments on police brutality against black people and about how he feels he is raising children in a 'racist country'.

'I remember when “Tamborine” dropped, I got a lot of flak over that cop thing,' he said of his 2018 Netflix special.

#BREAKING: There have been three new cases of coronavirus diagnosed in NSW up ...