A history lover splashed out on a ruined 19th century fort - and plans to transform it into a tourist attraction.

Guy Anderson, 52, has built up an impressive property portfolio after he previously moved into an old gun tower and turned it into his home.

The businessman also snapped up a medieval tower just five years ago as another grand designs fixer-upper.

A developer has purchased the Hubberston Fort, in Pembrokeshire, to restore into a tourist attraction that promotes the region's 'rich history'. Guy Anderson says he hopes to make it public and a potential venue for theatre or fashion shows 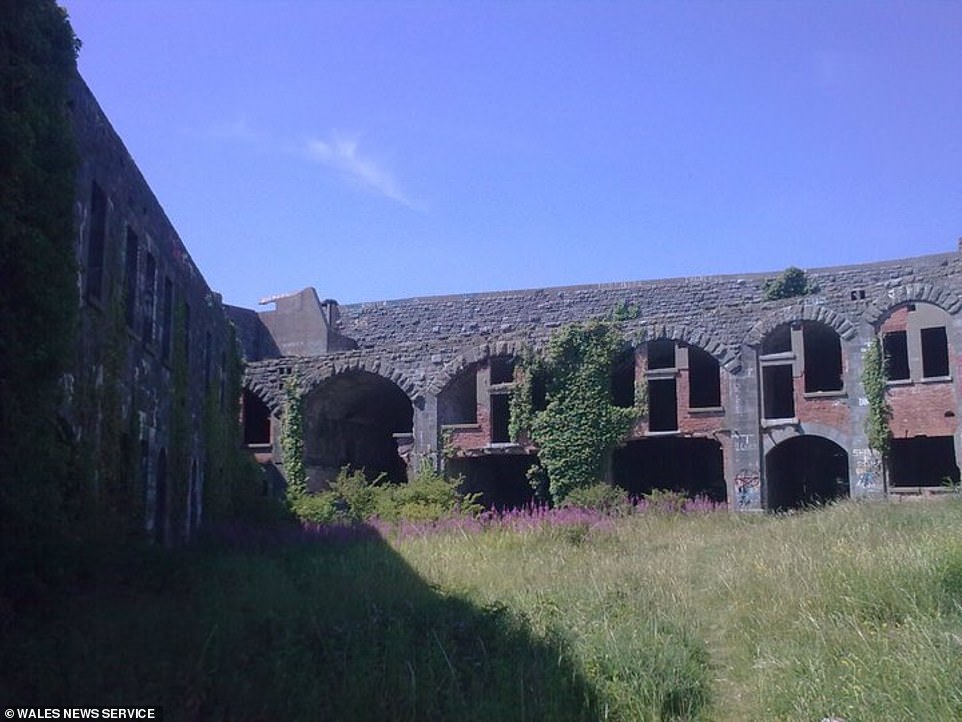 Hubberston Fort, in Wales, was built in 1860 and was named as one of Britain's most endangered archaeological sites in 2011 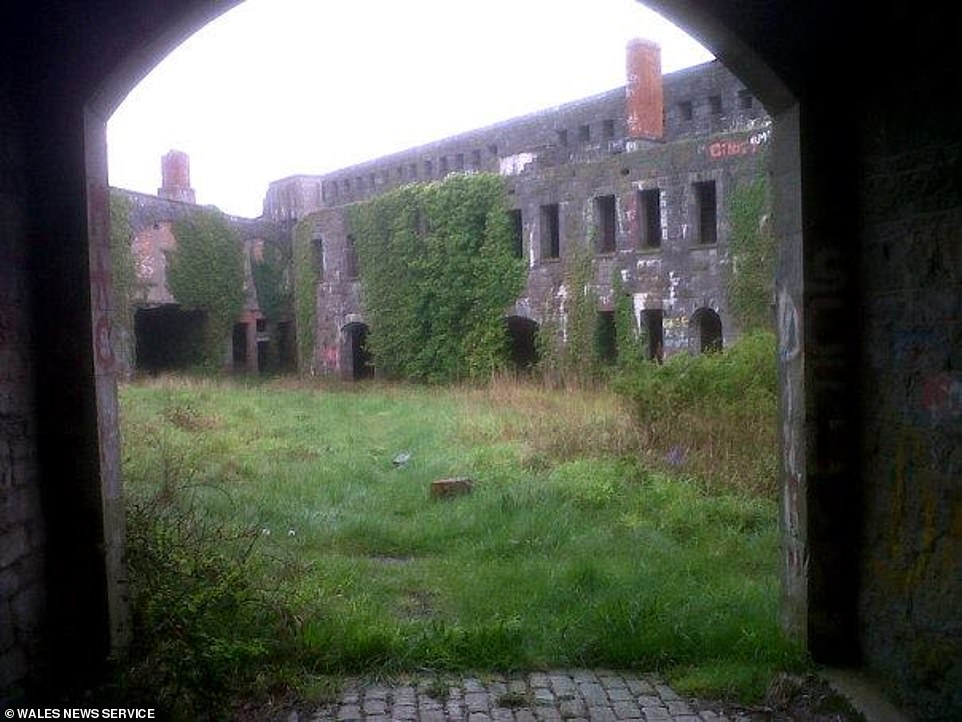 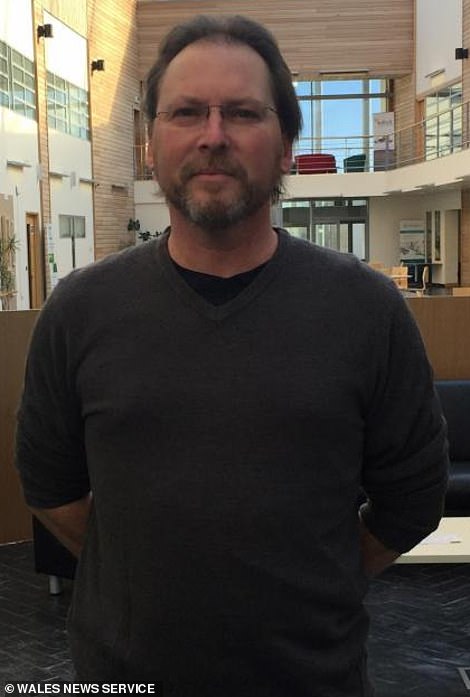 Guy Anderson, a history fanatic who was a project manager for the Olympics, has a track record with historical sites having converted an old gun tower into his home and just five years ago he also acquired a medieval tower which he fixed up as well

But Guy is now set for a new challenge after he bought a the grade-II listed fort to open as a 'living ruin' for the public.

The plan is to open the doors of Hubberston Fort in Pembroke Dock, West Wales, as a place to explore while also hosting theatre nights.

Guy said: 'It's working out what's there. First it's cleaning it out, then installing some information panels and getting some basic exhibitions in there. It's a blank canvas.

'The barracks will need a huge amount of involvement and it would be nice in the future to put some smaller infrastructure in there so we could hold theatre or cinema nights.

'I intend to put a stage in there, but I envisage it as a facility that people like the Torch Theatre could use.

'On a beautiful summer day, it could be a place to hold a fashion show.'

The fort was built in 1860 and was named as one of Britain's most endangered archaeological sites in 2011.

It acted as the last layer of defence before enemies reached the Royal Naval dockyard and cost £55,000 to build.

In World War I it housed up to 250 soldiers in its barracks and was used again in World War II as an army camp for American servicemen. 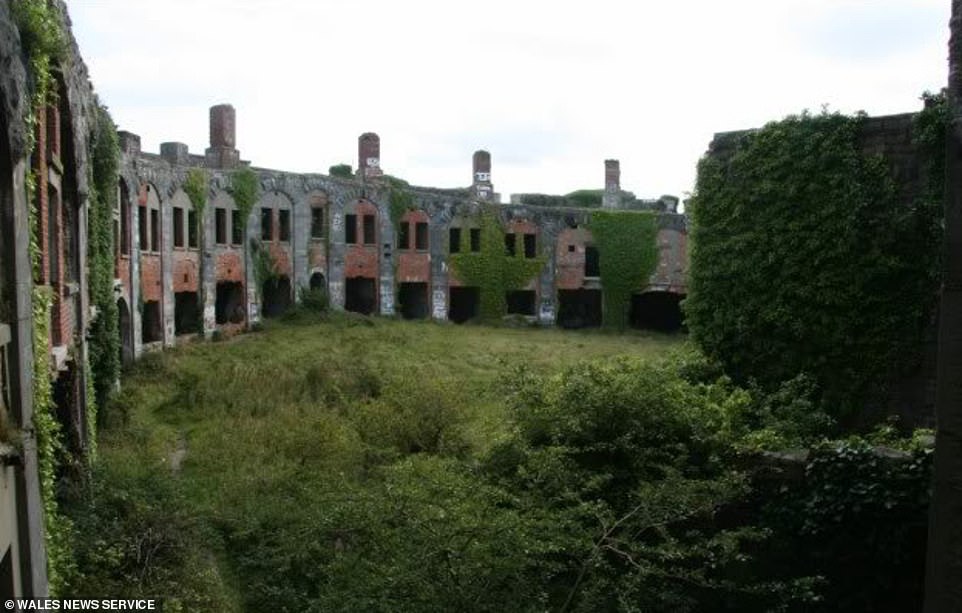 Barracks were used during both world wars, first to house 250 soldiers and then in World War 2 as a camp for US soldiers 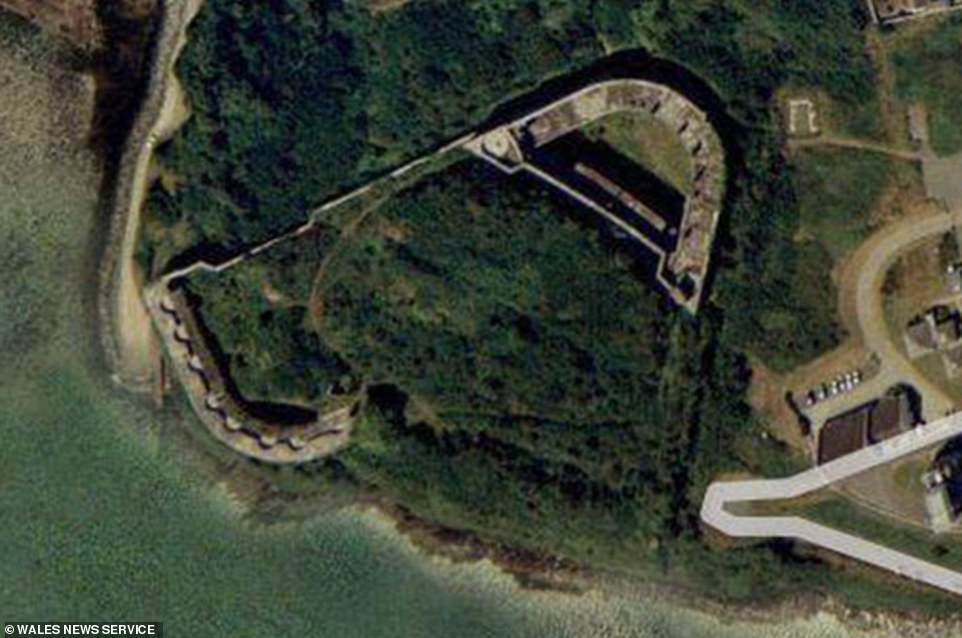 The fort, which is currently closed to the public, is located on the Pembrokeshire coast overlooking Gelliswick beach in Wales

The structure later fell into disrepair after a string of failed projects to transform it.

Guy said: 'I plan to turn it into a living ruin.

'We have such a phenomenal history here, the forts we have in Pembrokeshire should rival any that you find in

PREV Shielding pensioner, 89, hanged himself after being diagnosed with Parkinson's, ...
NEXT Troubled girl, 16, takes her own life on school grounds