Specialist cops storm notorious crime hotspot next to the Meriton Suites complex in Sydney's west - charging seven people during operation Anti-bikie, highway, and dog squads executed a two-day operation in Parramatta Police charged more than seven people and issued more than 25 infringements The arrests on Friday and Saturday were part of a mission to disrupt drug crime

Specialist police have stormed a notorious lane in Sydney's west in a two-day high-visibility operation to disrupt alcohol and drug related crime in the area.

Officers from the anti-bikie, highway and dog squads charged seven people and issued 26 infringements in Parramatta on Friday and Saturday for brawls, drink driving, knives in public place, and bail breaches.

More than 1220 roadside breath tests and 24 drug tests were conducted in a laneway at the entrance to the Meriton Suites complex, with at least 125 people and 30 vehicles searched. 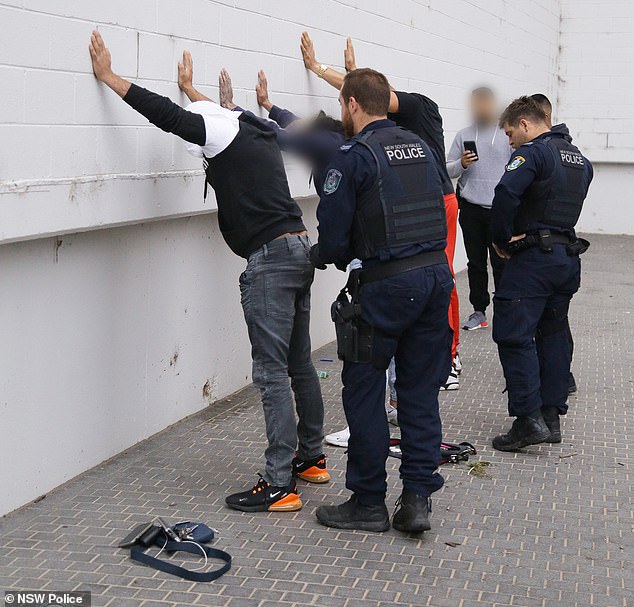 The first arrest was made about 7pm Friday when officers spotted a 34-year-old man with an outstanding warrant for affray. He was released on bail to front court next week.

Half an hour later, a 31-year-old woman driver a Honda Accord was stopped for a breath test on Dirrabarri Lane.

She returned a negative result, but was handed an infringement notice after officers