Protests against Emmanuel Macron have continued into their second week across the Muslim world in the wake of the leader's comments over depictions of the Prophet Mohammed.

In Kolkata, India, thousands of protesters took to the streets today to express their outrage, and burned a model depicting the French President.

Meanwhile in Bangladesh, Muslims rallied and called for a boycott of French goods whilst condemning Macron for his remarks defending the controversial cartoons.

Protesters also swarmed the streets of Pakistan and burned pictures of the French President. It comes as Pakistani Prime Minister Imran Khan accused Macron of attacking and hurting the sentiments of millions. 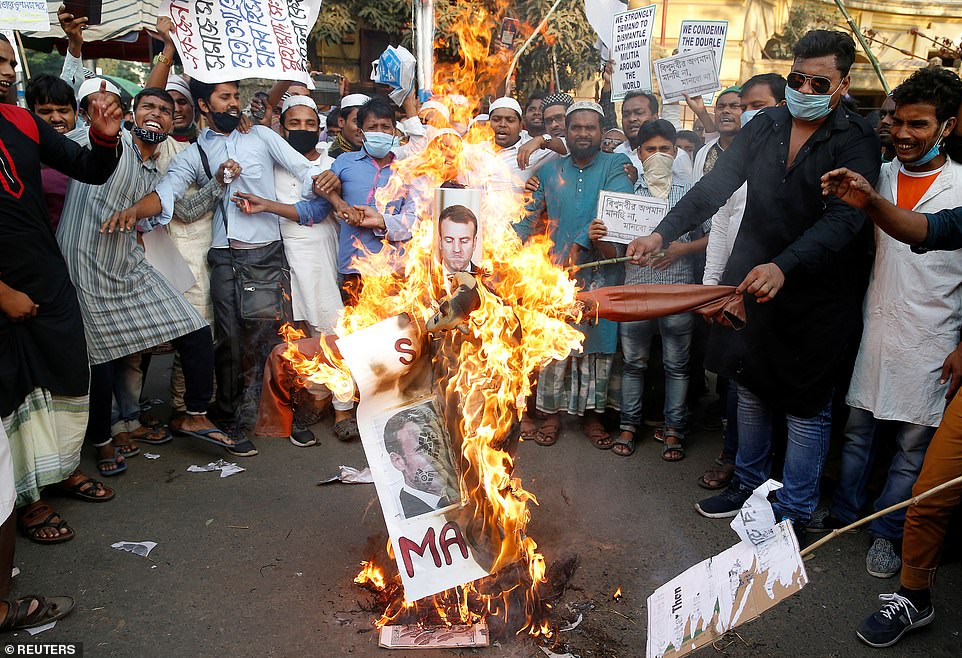 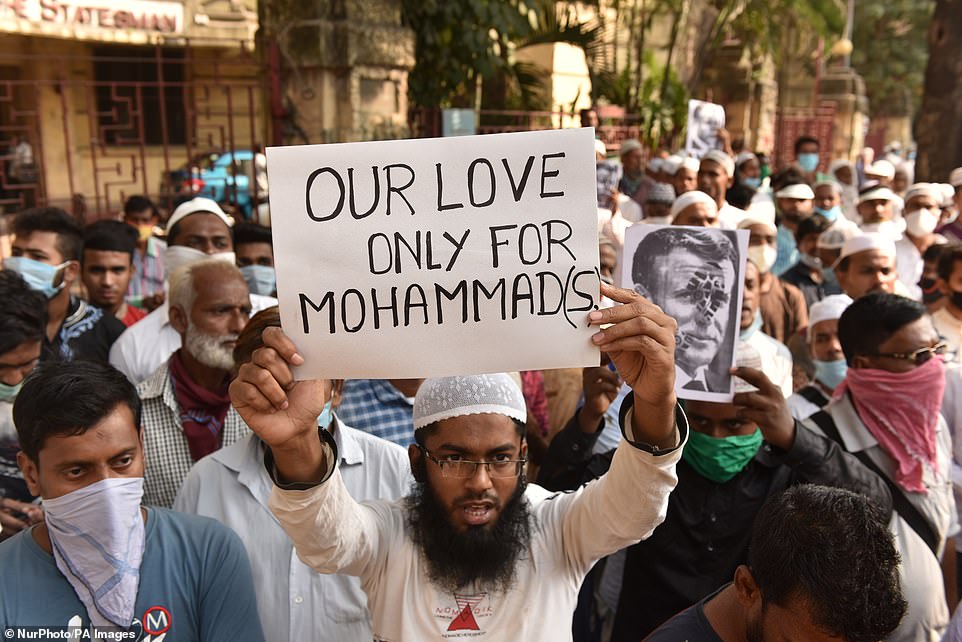 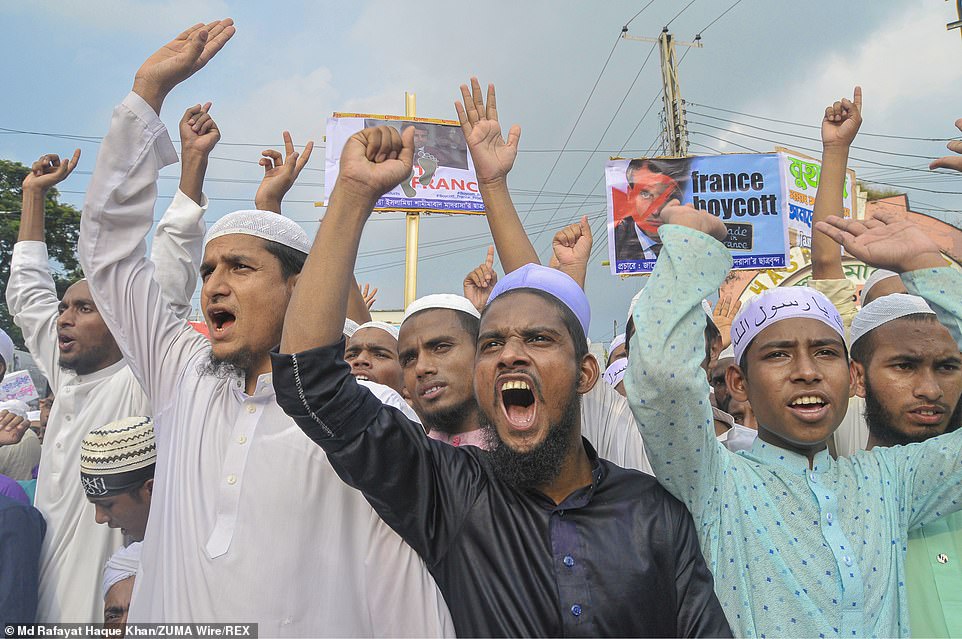 Muslims took to the streets in Sylhet, Bangladesh today and called for a boycott of French goods whilst condemning Macron for his comments 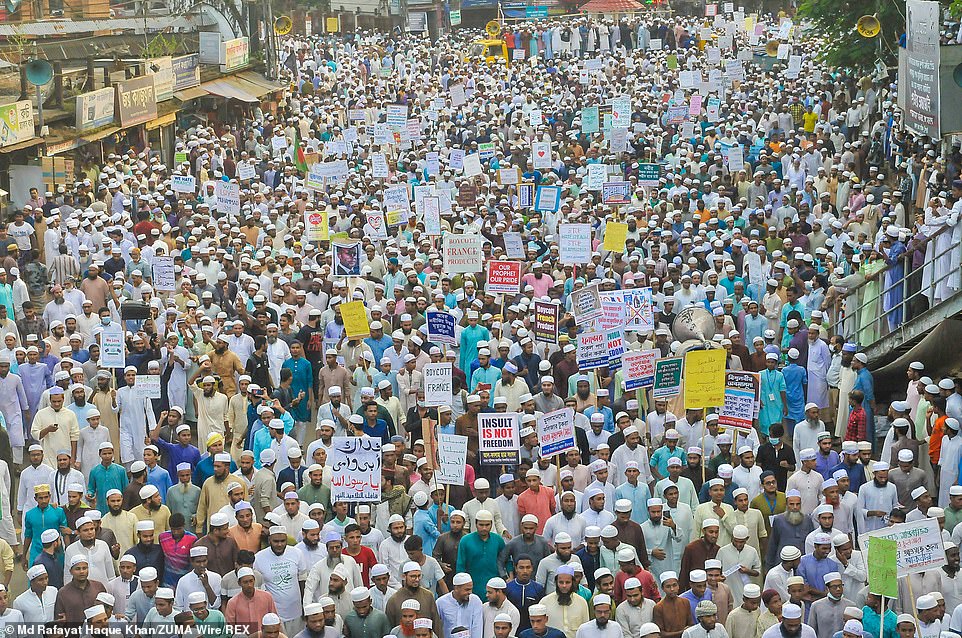 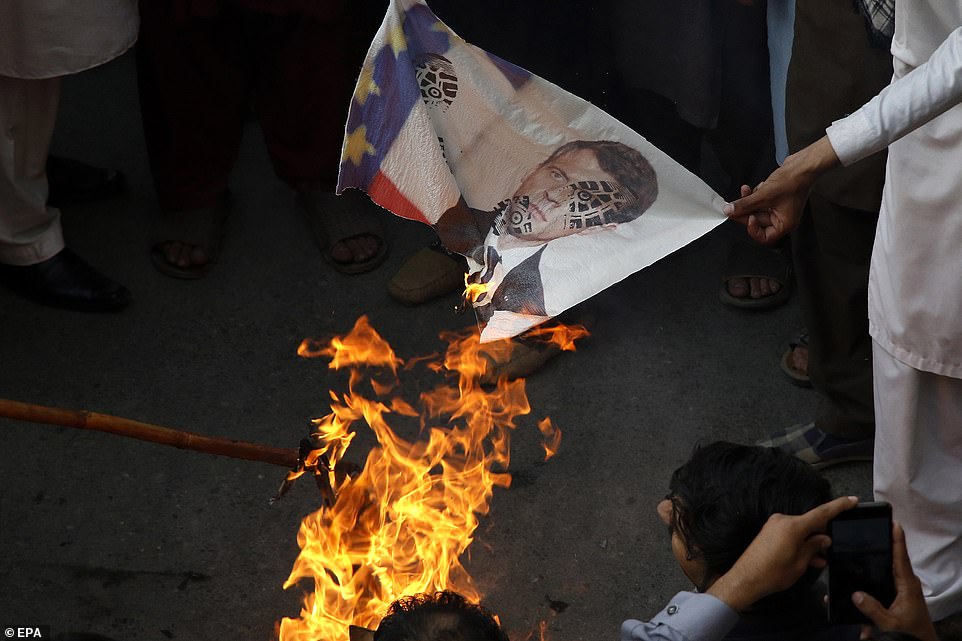 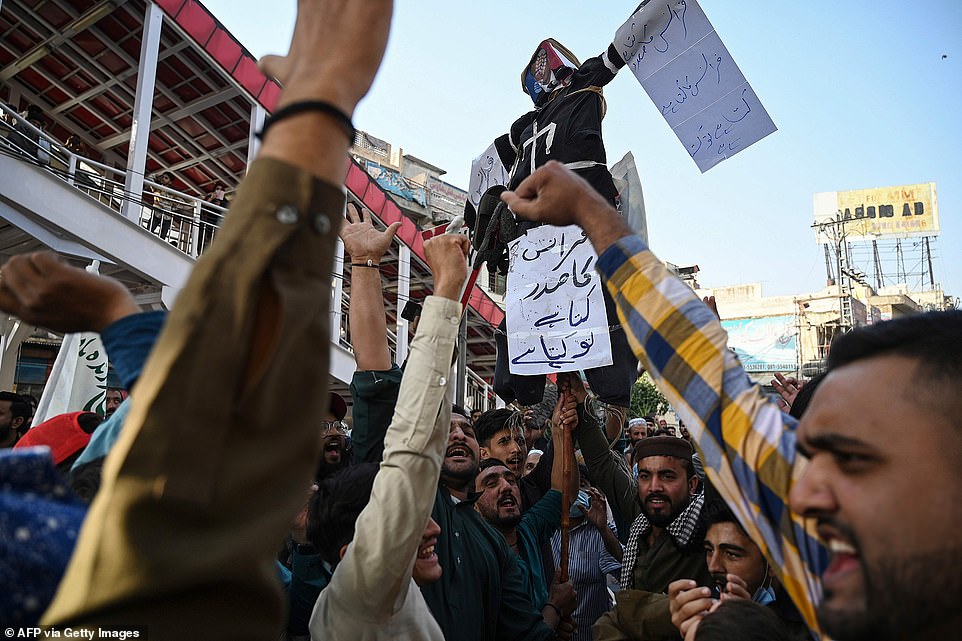 The protests have been raging for over a week across the world.

In Jakarta, more than 2,000 demonstrators wearing white Islamic robes gathered in front of the French embassy to express their outrage on Monday, and burned an effigy of the French President.

Meanwhile in Bangladesh, at least 50,000 people took part in the biggest demonstration yet over Macron's remarks defending the controversial cartoons.

The protesters chanted 'No defamation of the Prophet Mohammed' and burned an effigy of the French leader.

Macron sparked protests across the Muslim world after the murder last month of teacher Samuel Paty - who had shown his class a cartoon of Mohammed - by saying France would never renounce its laws permitting the caricatures.

After three people were murdered in Nice on October 29 in the latest in a long line of terror attacks in France, Macron said that France will not 'give up on our values' despite fury at the offensive cartoons.

Today, French buses removed Borat posters after they led to an outcry from Muslims over the near-naked comedy character wearing a ring that reads 'Allah'.

Turkey has led the condemnation of France in recent days, with President Erdogan suggesting that Macron needs 'mental checks',

Name That Tune hosts Jane Krakowski and Randy Jackson have a heated discussion ...