Driver hits man whacking his car with a baseball bat in a fight over a parking space and drives into a Queens bakery with him still clinging to the hood Four people were injured in a road rage incident that ended with a car smashing through the front of a Queens, New York bakery  Two drivers became involved in a dispute over a parking space  Occupants of one car got out with a baseball bat to approach the other vehicle The driver then attempted to run the man holding the bat over  The car plowed into the bakery shattering the entire front of the store Jie Zou, 24, was charged with reckless endangerment and assault His passenger Jonathan Zhang, 35, was charged with assault

A row over a parking spot ended up with a New York City driver running over a man before plowing his car directly into a bakery.

The astonishing episode was all caught on camera from a bystander in Queens who witnessed the row quickly spiral out of control.

It began after Jonathan Zhang,35, a passenger in 24-year-old Jie Zou's car got out  of his white Audi after another car made a beeline for the same parking space. 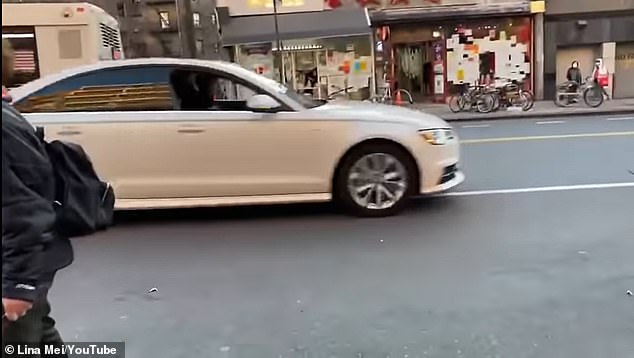 Two drivers became involved in a dispute over a parking space in Queens, New York 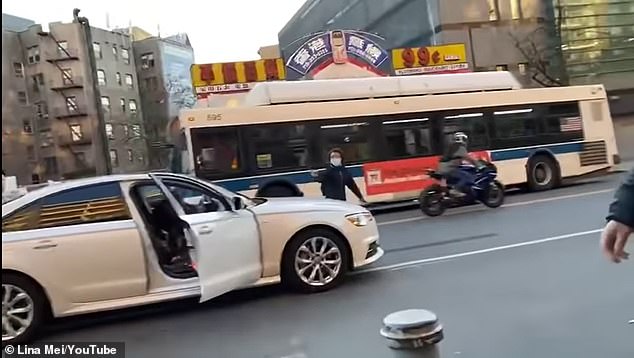 Zhang went over to the other driver, identified as Zong Li to remonstrate and sucker-punched him in the face before getting back inside his car.

Back in the vehicle, Zou then quickly made a u-turn in the middle of the street as Li came over to his car with a baseball bat and began smashing Zou's car from the front.

April Love Geary hits back at troll who said nude baby bump snap was only for ...