An English National Opera stagehand has been jailed for two years for stamping on his girlfriend's head.

Terrence Wilson, 32, from Eltham, southeast London, slammed his partner to the ground and threatened her with a baseball bat in a horrific bout of domestic abuse December 4 2019.

Nutan Fatania, prosecuting, told Isleworth Crown Court: 'She was particularly vulnerable given the context to their relationship. He stamped on her.

'The fact that she said he banged her head, there could be the argument that he intended to inflict more serious harm than he did, given it was the most vulnerable part of the human body.

'This is aggravated by his convictions of violence in a domestic context. There was an inherent abuse of trust.' 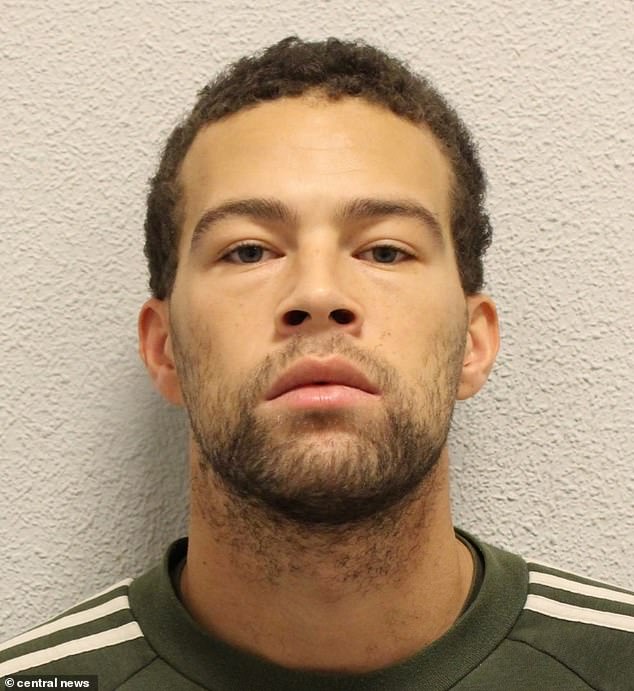 Terrence Wilson, 32, (pictured) slammed his partner to the ground and grabbed a baseball bat in a horrific bout of domestic abuse last 4 December

The victim, who asked not to be named, read an emotional victim impact statement to the court.

She said: 'I have had to keep this matter to myself for so long and I feel so relieved to reveal what I have been through.

'The fear this has left me with is something I have to carry with me everyday, I reported it to police three months later.

'I was terrified of triggering another event, I was so used to being belittled, that I was just a stupid girl, to not expect to be believed.

'I was attacked and beaten in my own home. However, the nature of what I have been

Prince Harry asked brutal question after ‘heartbroken’ claim - 'Why did he ...