KELLY REILLY is known for her role as Beth Dutton in Yellowstone and fans of the series are curious to know her net worth. How much is the Yellowstone star Kelly Reilly worth?

Kelly Reilly is an English actress who is best known for her role as the feisty Beth Dutton in Paramount Network's Yellowstone. According to Celebrity Net Worth, the star has a net worth of $5million (£3.7million). One of her highest grossing jobs was the Sherlock Holmes film in 2009, in which she played Mary. Fans may be interested to hear, despite her accent in the series, she was actually born in Surrey, England.

{%=o.title%}
How much is Yellowstone star Kelly Reily worth?

The 43-year-old actress started her acting career as a teenager in Prime Suspect: Inner Circles.

Once her career was established she appeared in a number of films including Dead Bodies and Pride and Prejudice.

Her first major TV role was in Above Suspicion, followed by Black Box.

The award-winning actress earned Best Newcomer at the cannes Film Festival for her role in The Russian Dolls in 2005.

Kelly Reilly net worth: The Beth Dutton star is worth $5million (Image: Getty) 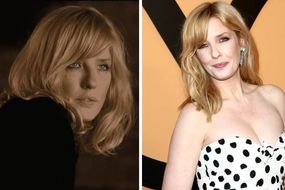 The star had a number of smaller TV roles early on in her career, including Poldark and Wonderful You.

She made her film debut in 2000 in Maybe Baby, and she is also known for her stage work.

True Detective star Reilly has been married to husband Kyle Baugher since 2012, and he is a financier.

She had previously been engaged to actor Jonah Lotan between 2007 and 2009.