CLOYD ROBINSON - an actor and director who is best known for his work on Darna at Ding and Love Affair - has died at the age of 71.

Hollywood actor and director Cloyd Robinson has died at the age of 71. The star died at his home in Silang, Cavite in the Philippines on Monday.

Josephine said that Cloyd’s death was caused by complications from his diabetes and high blood pressure that resulted in a heart attack.

According to ABS-CBN, Cloyd’s body is going to be cremated on Thursday at the Santuario Afiniti Divino, Bacoor, Cavite.

His ashes will then reportedly be brought to his family in Bacolod, Negros Occidental.

Cloyd Robinson died at his home in the Philippines (Image: INTERNET )

Cloyd Robinson is best known for his work on Darna at Ding (Image: IMDB) 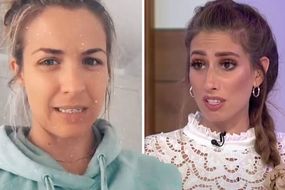 Gemma Atkinson hits back at criticism as Stacey Solomon defends her

Cloyd began his Hollywood movie career as an actor in the 1970s and early 1980s.

He went on to work in talent management, scriptwriting and movie direction.

Director Al Tantay was one of his first talent discoveries.

He remembers him as a creative and enterprising filmmaker.

PREV This is one of the most relaxed places to grab a beer (if you're lucky enough ...
NEXT Adele weight loss: How singer slimmed down by 7st following simple diet plan