THE BBC's new Director General Tim Davie admitted the broadcaster's future faces a "significant risk" in a speech marking the beginning of his new role.

Mr Davie started the job as the BBC's new Director General earlier this month. He has already paved the way for several changes to the corporation in a bid to secure more impartiality and transparency. Under his authority, BBC presenters who use their notable status to secure lucrative work will now be forced to declare outside interests.

A database of all BBC employees' outside commitments is to be set up, and made available to licence fee payers to scrutinise how much presenters made from corporate sidelines and speaking engagements.

Mr Davie has also made clear his wishes to reduce the BBC's overall headcount.

The corporation employs more than 19,000 people around the world.

The changes come as he warned that the broadcaster's future faces a "significant risk" and has "no alienable right to exist".

BBC corporation: Davie said the broadcaster needs to scale back on its employee count (Image: GETTY)

During a speech earlier this month in Cardiff, he said: "If current trends continue, we will not feel indispensable enough to all our audience. We must evolve to protect what we cherish."

Despite mounting pressure, he has dismissed any notion of turning the BBC into a Netflix-style subscription service.

He argued that such a change in operation "would make us just another media company" that serves only "the few".

He said: "We could make a decent business out of it, and I suspect it could do quite well in certain postcodes, but it would make us just another media company serving a specific group.

BBC stations: The broadcaster has many TV stations and radio channels as well as online (Image: GETTY) 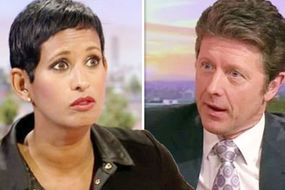 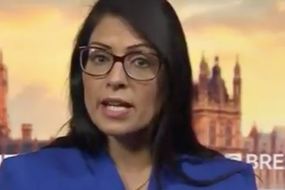 "We all recognise when someone says, 'I would pay my licence fee for Radio 4, for Strictly, or for the website'.

PREV What did Michael Jackson tell his son before he died? Prince on 'wisdom'
NEXT Adele weight loss: How singer slimmed down by 7st following simple diet plan