Stephanie Grisham, the First Lady’s closest aide, accepted an interview with the magazine, the only exclusive given during Donald Trump’s re-election campaign. However, Ms Grisham failed to obtain the coveted cover photoshoot for Ms Trump.

The chief of staff even rejected several other interview offers, according to New York Post columnist Miranda Devine.

Ms Devine wrote: "Having eschewed countless offers for positive interviews from American outlets such as Women’s Wear Daily and The Post, Grisham allowed the British magazine Tatler to have the only exclusive interview of the campaign for its November issue.

"And yet she did not negotiate the cover of the magazine.

“Instead, Meghan Markle took the honour."

Ms Devine accused Ms Grisham over her alleged elusiveness, saying she “rarely responds to reporters’ questions or requests for interviews or photo shoots, apart from a handful of favourites.”

She alleged the chief of staff has “managed to keep Melania Trump isolated from friends, staff and the media, and she has alienated potential allies and created drama for the president with her weirdly combative approach.”

But the purported failure to secure the magazine cover is, according to Ms Devine, only the latest example of a series of mistakes that have led White House staffers to think Ms Trump should part ways with Ms Grisham before Mr Trump leaves office, sources revealed to Ms Devine.

The columnist wrote: “There were other clumsy gaffes during the campaign. Perhaps the most jarring was when the president and the first lady tested positive for coronavirus in October. 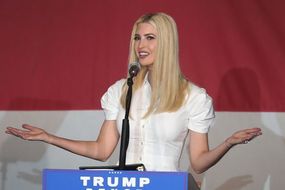 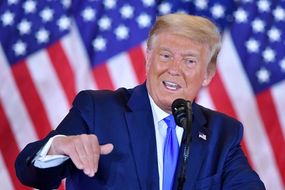 “On his last day in the hospital, the president left Walter Reed Medical Center for a motorcade drive-by past supporters outside and was criticised for potentially putting

PREV When will the Queen and Prince Philip return to London?
NEXT RT @WenleiMa: Claudia Karvan talks about her new series Bump, and the fear ... 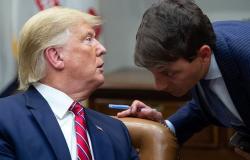 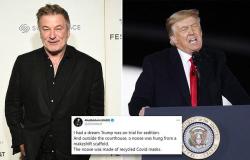 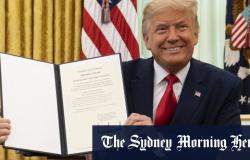 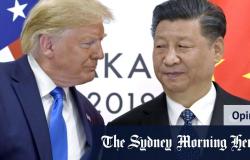