Schools are back – now let's return to normal life EVERYWHERE: Boris Johnson will tell ministers today that the re-opening of classrooms will play 'a big part' in Britain returning to 'normality' Children will be heading back to school for the first time in almost six months  A union leader said  reopening schools is an important step in national recovery A Government source said the Mr Johnson wants to get back to more normality

Boris  Johnson will tell his Cabinet today that the reopening of schools should act as a springboard for ‘more normality’ for the whole country.

Millions of children return to classrooms this week, with many heading back for the first time in almost six months.

Around 40 per cent of schools in England are expected to open today, with the rest following later in the week. They were closed by Covid-19 on March 20, with only vulnerable pupils and the children of key workers allowed to continue classes.

Union leader Geoff Barton said reopening schools would be ‘a vital step in the process of national recovery’. 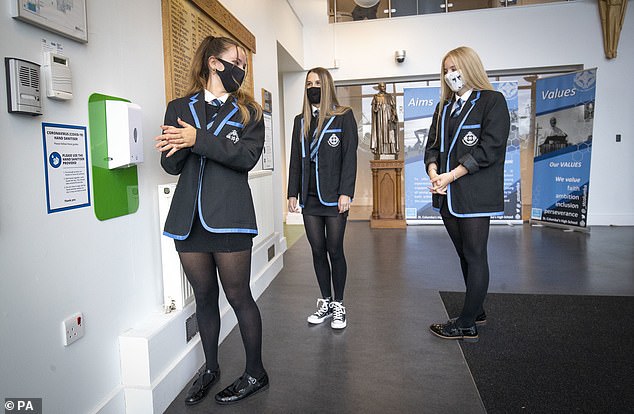 Millions of children return to classrooms this week, with many heading back for the first time in almost six months. Pictured: Students at St Columba's High School, Gourock, disinfecting their hands

The general secretary of the Association of School and College Leaders praised staff for their ‘meticulous planning’, saying: ‘They have done a fantastic job in putting in place a complex set of safety measures to minimise the risks associated with coronavirus.

‘Schools will be focusing on the task of identifying where pupils have fallen behind with their learning during the lockdown period, and tailoring support to bring these young people back up to speed as quickly as possible.’

A Government source said the Prime Minister will set out his ‘priorities for the autumn’ during a meeting with ministers this morning as the first lessons of the new school year take place. ‘He wants to gradually get back to more normality, and the return of schools plays a big part in that,’ the source said.

‘As children go back more parents will be freed up to return to work. At the same time, [Mr Johnson] wants to get further down the track to recovery on Covid – getting the test-and-trace regime improved and getting the local lockdown process beefed up, so that we never have to have a return to national lockdown.

‘And you will see a doubling down on the agenda from the election – levelling up opportunity across the country.’ 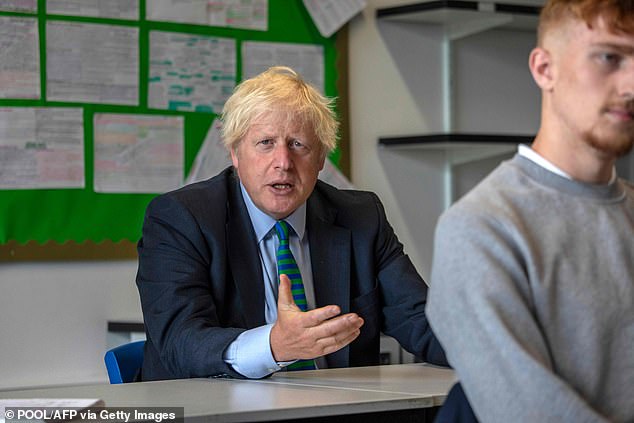