The CW released the Jane the Virgin season five finale yesterday (Wednesday, August 1), which is airing now on Netflix in the UK. Jane the Virgin ended with the marriage of Jane Villanueva (played by Gina Rodriguez) and Rafael Solano (Justin Baldoni). The series finale of the Netflix and The CW show also revealed to Jane the Virgin fans the identity of the ‘Latin Lover’ narrator (voiced by Anthony Mendez).

Jane The Virgin season 5 Netflix release date: When is it on Netflix? 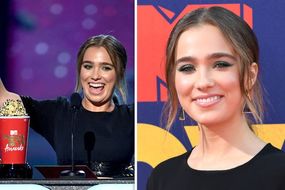 WARNING: The following contains spoilers for Jane the Virgin

Jane the Virgin ended with the shock revelation that the narrator was in fact an older version of Jane’s son Mateo (Elias Janssen).

At the wedding, Mateo is told by his grandmother Liliana de la Vega (Rita Moreno) that he should project his voice more in his reading.

Mateo then tells Jane: “I practiced with great grandma... She said I would be great at voiceover work.”

HOW TO WATCH JANE THE VIRGIN SEASON 5 ONLINE

The Jane the Virgin ending saw Rafael and Jane get married (Image: THE CW)

The narrator then says: “And for the record, I am... but I’m getting ahead of myself.”

Jane the Virgin showrunner Jennie Snyder Urman told Buzzfeed: “I always knew Mateo was the narrator who became a voiceover artist, which was another meta twist within a show that really loves to play around in that space.”

It is then revealed that the Jane the Virgin that we have been watching for five seasons is a telenovela adaptation of Jane’s book, with a voiceover by Jane’s own son.

The last moment of Jane the Virgin season five sees Jane tell Rafael that her book ends with them turning her story into a telenovela, to which he asks: “Well, who’d want to watch that?” before Jane winks at the camera.

WHO IS IN THE