Ben and Kate welcomed Jacqui Smith onto Good Morning Britain today to talk about the government’s latest guidelines to stop the spread of coronavirus. However, with the former politician set to take part on this year’s Strictly Come Dancing alongside GMB host Ranvir Singh, it wasn’t surprising Kate and Ben wanted all of the backstage gossip. 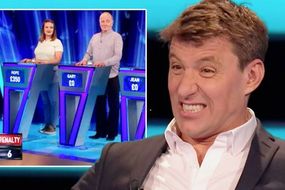 Asked about how they were preparing for the show, Ranvir revealed she’d been messaging Jacqui after she’d been announced as the final star on the line-up.

“I was eating a tube of Pringles at the time and I’d only eaten half and I was really proud,” she dished.

Ranvir went on to detail how she’d decided to go on Max George’s Instagram page to find out what he was up to and was horrified when she saw him doing a work out in preparation for the BBC series.

Jacqui chipped in to note it was fine as they would “bring maturity and elegance” to this year’s show.

Ben Shephard cuts off Kate Garraway over marriage probe: 'This isn't about me' (Image: ITV)

Ben Shephard quizzed Jacqui Smith on how she is preparing for Strictly (Image: ITV) 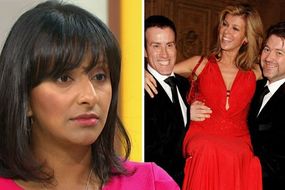 Ranvir continued: “I started doing a bit of exercise. I loathe exercise.”

“You don’t need to worry about it, you shed so many pounds,” her co-host and former Strictly star Kate advised.

But as they discussed preparation for the show, Iain Dale, who had also joined